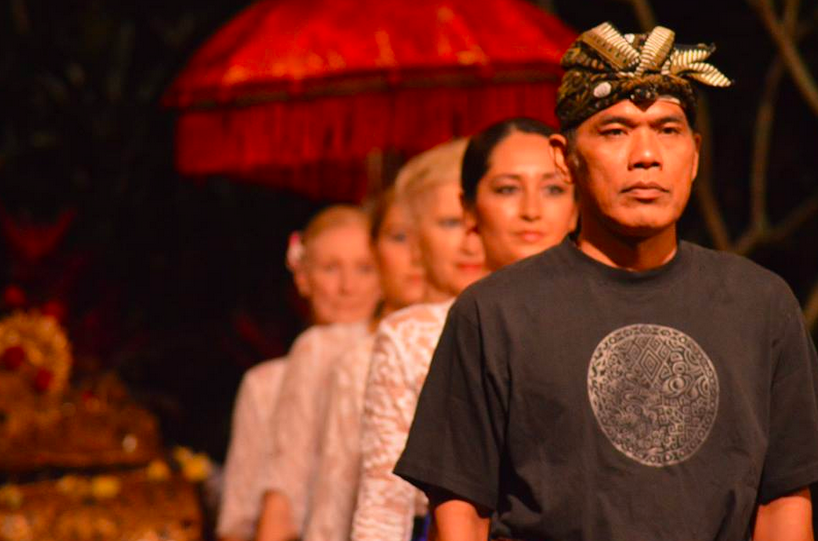 I am now writing from New York, having returned from Bali just a few days ago. Since my last post, I completed my dance program and spent my last few days attending performances and traveling around the island a little bit.

I have had so many incredible experiences dancing with Çudamani, so it’s hard to know what to focus on for my last blog post!

One experience I have reflected on the most was the performance for the Odalan ceremony (a ceremony performed to mark a temple’s anniversary) at Pura Batukaru, a very prominent temple in Bali. Performing in the temple for this Odalan is a huge responsibility, and the first time any of the institute members performed in this setting, which a deeply important and spiritual honor for Balinese artists. I was surprised when Çudamani’s artistic director, Emiko, told us that we would be performing along with Çudamani dancers. We were all essentially beginners, and I wondered whether were we worthy of carrying this responsibility. I worried: would we upset our audience? And what does it mean that cultures are colliding in this sacred space, and inherently influencing one another?

When we voiced these concerns, Emiko said the important thing was our intention as performers—if we danced with positive intention and did our best, we would be welcomed. She said to think of the dance as an offering, which meant letting go of the ego in performance. It made me think about art as a completely different way; in the US a dancer’s “success” is so often tied to technical perfection. In the temple, earthly mistakes are overcome by divine connection.

I have been reading some writings by Avanthi Meduri as part of my research. In her essay “Bharatha Natyam—What Are You?” (Asian theatre journal, 5[1], 1998) she discusses the Indian dance of the same name. Bharatha Natyam is also a sacred dance form, traditionally performed in a temple setting; I found great relevance in her discussion of the multiplicity of meaning in tradition, as the Bharatha Natyam has been reconstructed in different forms and settings in post-colonial history.

Meduri also discusses the relationship between audience and dancer, and this was an important aspect of our performance at Batukaru. Like Bharatha Natyam, traditional Balinese dance is based on a union with the spiritual realm. Both spectators and performers experience this—this spiritual intention of performance is called “rasa” in India and “megembel” in Bali. Thus, we were told, in a temple performance the audience transcends the human realm. This also affects the economics of Balinese arts—artists perform at Odalan and other religious ceremonies for free, in honor of their spiritual audience.

During our actual performance at Batukaru, I was very nervous as I stepped onto the stage, but I took deep breaths and reminded myself of Emiko’s key word: intention. The earthly audience was a little noisier than I expected; I heard shouts and laughter as I entered, attempting to hold a serene expression as I faced the blinding stage lights. I didn’t know of this laughter was normal or if it was because a bunch of foreigners were attempting Balinese dance—something rarely seen, particularly in this atmosphere. I focused on the gamelan orchestra, the dancer’s biggest support, and was able to get most of the musical cues and perform the entire dance. Both the music and the beautiful temple were constant reminders of “megambel” as I performed. There were plenty of technical mistakes. Even so, as I exited the stage, I felt supported as a part of the moving organism of dancers creating an artistic offering together.

This is just one example of the profound experiences I had dancing in Bali, which provided me with more complex questions than I arrived with.

An aspect of Menduri’s essay sticks with me especially as I write my research: what does it mean that my social reality is different from the context in which the ancient traditions of Balinese dance were performed? In my regular life, I live in a secular reality and yet I was performing an inherently sacred form. A quote from the essay perfectly describes the dialectical tension between the secular and the religious in academic language:

“Without the intellectual awareness, we might have lost forever a meaningful cultural experience. Yet because of it we have lost something of the spirit of Balasaraswati, that inner spiritual exuberance or fullness.” (Menduri, pg 11)

In my research, I want to stay aware of this tension, to respect the limits of my academic research while I the same time trying to represent all that I have learned as deeply as possible.

3 thoughts on “Art as Offering”