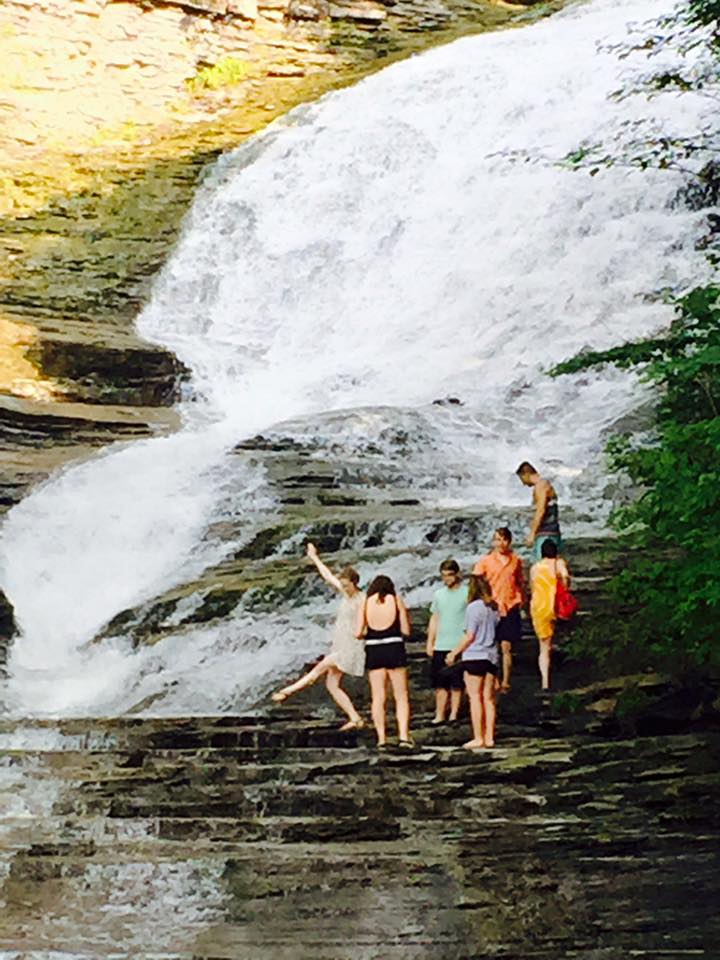 Hey there everyone! Hope you’re all having beautiful summers. I am sadly done with the program in Ithaca, New York. I was there as a member of the Lab Company, 21 actors/directors in residency for the summer alongside four Drama League Directors creating new original work in the comfort of a supportive and intimate environment, while also putting on Summer Stock shows at the Hangar Theatre under the artistic direction of the indelible Jen Waldman.

I walk, well bus, away from Ithaca with five equity points, newfound friends for life, and a ton of knowledge that I’m excited to funnel into a research paper. Now I face the challenge of integration; meaning that I learned about the complexities and application of the ensemble in a theatrical environment but now I need to realize how the ensemble can be integrated into the everyday. Where are ensembles most useful for storytelling and in what sense are they more successful than conventional commercial casts that exist temporarily in a space until a replacement within or closing of the show occurs? My experience in Ithaca gave me several resources to aid in this.

Paul Bedard was one of our brilliant Drama League Directors at the Hangar. Paul is actually a Tisch Playwright’s Horizons graduate and has since been working in devised theatre in New York with much success. He is the artistic director of Theatre In Asylum. Their mission statement is “Theater in Asylum suspends beliefs and moralities through visceral, emotional and thrilling dance-theater to rigorously investigate our world and to believe again more wholly.” We were lucky enough as a company to have a week long workshop with Paul in devising theatre as an ensemble. One of the first things Paul told us was that he “subscribes to the church of Anne Bogart”, meaning that much of his work comes from viewpoints, a technique adapted by Anne as a means for the actor to think about gesture and movement to create a physical vocabulary onstage. Anne Bogart has become a useful resource to me in my work.

Paul is very politically driven as an actor and director and very boldly claims there will be a socialist revolution in the US. He taught us that the format of an ensemble is a very democratic one, where there is no one director at the top of the creative process but instead everyone is equal and heard. This is something that I think could be interesting to research, the politics of performance in common commercial versus ensemble based theatre.

Austin Regan was another Drama League Director who I was so thankful to meet. He is the director of the Musical Theatre Factory, which is not so much a blatantly ensemble based organization but it still has the essence of a collaborative and equality driven space. Their mission statement is “The Musical Theatre Factory is a volunteer-based nonprofit dedicated to helping musical theatre artists develop and present new work in a collaborative atmosphere free from the pressure of critical or commercial success. We accomplish this goal by identifying new works of promise, then facilitating a development process that includes readings, concerts, workshops, and public performances of new musical theatre projects. The central organizing principle of MTF follows the radical ideal that laborers ought to be the owners of the means of production. Factory artisans include writers, composers, performers, choreographers, directors, music directors, dramaturgs, designers, and producers. We make work that strives for vitality and originality, we decide collectively what work succeeds at doing so, and what work should be seen, heard, produced, and recognized as outstanding.”

That was really long but I think it’s important to honor an organizations entire mission statement, no matter how long to fully comprehend their mission! There is an important piece in here that I think Paul would relate to as well, being the atmosphere free from commercial “success” and also a space that allows artists to be in control of their work.

I am going to interview them both further in this project but I think I may be onto something in the democratic process that differs ensemble based work from any others and makes it successful.

One thought on “The Ensemble in The Everday”