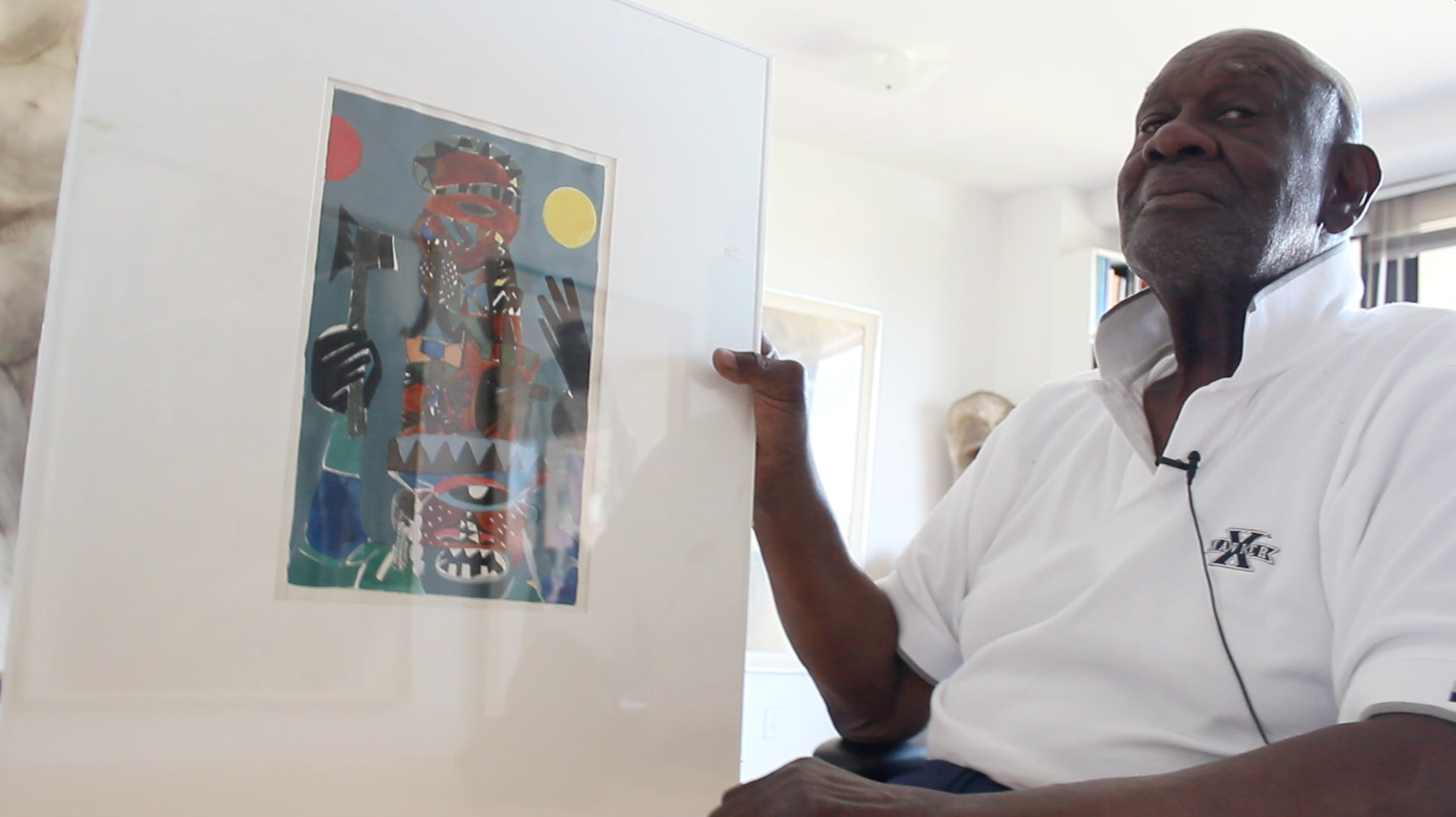 How does one promote a legacy? That question, I think, is the core of my summer research project, and something that I’ve been struggling with every day since I started on this work.

But, I’m jumping too far ahead, so allow me to introduce myself. My name is Chloe Gbai and so far for the past three weeks, I’ve been spending every morning with millions of dollars worth of artwork created by the great, late artist Romare Bearden. I know, I find it pretty unbelievable myself. Due to some incredible professors here at NYU and a crazy amount of luck, I’m working with the private owner of an immense collection, a very funny, smart, and kind man named Russell Goings,  to create a documentary film that adds and encompasses Romare Bearden’s legacy of being one of the great artists in the 20th century. (You can read more about the collection here). I can’t talk too much about the artwork (a lot of it has never been displayed to the public) but going in every morning and examining the mastery of Bearden as well as interviewing people who knew him firsthand is a more engaging and intellectually rich experience than I’ve ever received from an art history class.

For those of you that don’t know Bearden, he’s mostly known for his collages. He’s easily one of the most prolific and influential black American artists of his time. In fact, if you’re the proud owner of an NYU ID, you can go to the Whitney museum and see a piece of his work on display across from an Andy Warhol in their current exhibition. However, while you absolutely should go and view all of the work you can by Bearden, I also recommend another exhibit located a bit more uptown.

Currently MoMA is exhibiting an entire collection of Jacob Lawrence’s Migration series (information can be found here). It’s amazing, inspiring and necessary. The series is composed of 60 pieces, each detailing a scene from the historical migration of black people from the south to the industrial cities in the north. It’s humble and clean, and the panels are small and unassuming. The timing could not be better for me that MoMA dedicated whole gallery to a black artist telling a black narrative, one my maternal grandparents took part in when they left North Carolina for Mount Vernon, NY a little less than a century ago. Talk about art history.

Something I’ve seen from Bearden’s work is that he too sought to create a black American mythology and history to draw inspiration from. Bearden has a series as well, similar to Lawrence’s only in genre. It’s called A Black Odyssey and it reimagines Homer’s Odyssey into a black narrative that combines all the beauty, color, and skill that Bearden could master into these impossibly small and complex panels. To see the work up close is almost overwhelming. He takes the plot alone from Homer, the style is a mix of his signature geometry coupled with iconic Yoruba art and symbols. It sounds clichéd, but I look at the Odyssey series and I see both the ancestral history of my West African father as well as hear stories from my great aunts down south. I feel as if Bearden was working for me, about me, and to me.

I’m still trying to figure out how I’m going to organize the narrative in this project. With this much open access, I feel an immense responsibility to create a film that speaks of Bearden in the wholeness of who he was as an artist. I’m telling one of the stories of my people, and I’m drawing from all of the elements that I’ve studied and lived to do so. Wish me luck.