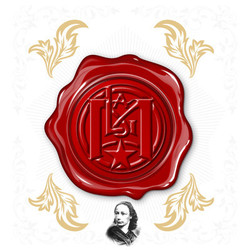 I spent a majority of my last post talking about the undergrounded-ness/overgrounded-ness of the brooklyn warehouse scene. I would like to clarify what i mean but the term underground. My personal working definition comes from observations of the electronic scenes I have made in a number of cities around the world (especially through my Radio Show, Easyjet Sets). In each of these cities, and i would guess most cities around the world, there are a few people in the electronic scene who push new genres and new sounds, and actively try to differentiate themselves from big sound/big club/big money mainstream electronic culture. These groups of people often form strong bonds with each other, and with other people around the world, because of the illegal nature of electronic parties, and their own marginalization within the electronic scene.

These observations are the starting point of my research project. I am looking at how individuals belonging to the ‘underground’ scenes of New York and Berlin behave similarly and/or differently due to the politico-socio-economic circumstances of their cities. Of course, I have run into the problem that my study/observations are limited to the artists i just so happen to meet and just so happen to be attracted to. I tend to focus on artists who are working in the minimal and micro house/techno genres, because I see this as being the least commercialized electronic genre, and the most concerned with creating new sounds. Of course, there are many who would disagree with me, arguments about genre are endless. i have no desire to partake in definitional warzone that is the electronic genre debate. Rather, I would like to focus on the self-defintional aspect of minimal scenes, which traces a history of electronic dance music influences by visual arts movements and which is therefore seen to have a high level of credibility. Actually, I shouldn’t even speak in superlatives about the minimal scene, at the risk of negating any possibility for other genres to think critically about its aesthetic composition and purpose,it is merely ONE of the electronic genres which does so.

I have discovered in Berlin an electronic landscape which is definitely more vast and complex than the scene in New York. The number of full-time clubs in Berlin far out numbers those in New York (20 max in NYC vs. 50 plus in Berlin). Openair culture, which is only just coming to New York, is now mainstream  in Berlin, having first grown in protests to the popularity of club culture in Berlin.

Having lived in Berlin for a year, and having already been thoroughly engrossed in the exclusive and trendy club scene, I decided to focus on events and collectives whose artists I am personal friends of, or who I have met through my radio show. I could certainly wax eloquent about every single one of the events and people I have come into contact with in the past two weeks. However, I will summarize in order to avoid rambling. There are tons of parties outside of the Berlin’s traditional club culture. The space they occupy in terms of mainstream vs. underground is ambiguous as it is difficult to say whether non-club culture is merely a product of there not being enough clubs in Berlin to house all the events taking place in the city. At the moment, there is considerable debate and disillusionment with the over-popularization of club culture in Berlin. This discussion is linked to large debates taking place in the city about gentrification and the rising cost of living. I have come into contact with more concerned citizens in Berlin, than I do in New York, where people have come to accept commercialization and the omnipotence of capital. I will spend the next two weeks exploring the different facets of the ‘over popularization’ of club culture, starting with a sort of union for clubs, called the Club Commission, as well as talking to ethnomusicologists profs. Luis Manuel Garcia and Simon Vincents Vida.  At the moment, it is interesting to me that both cities face serious threats to success of small artists and creative people BUT that the barriers to access to the creative scene are comparatively minuscule in Berlin. Will Berlin become the next New York by forcing artists farther and father into the suburbs? Is there space for artists in rapidly globalizing cities? What systems of support exist to protect artists from the forces of rampant capitalism and commercialization? These are the questions I hope to answer.

One thought on “Berlin’s Electronic Music Scene: Countering the Effects of Urbanization… or at least talking about it”