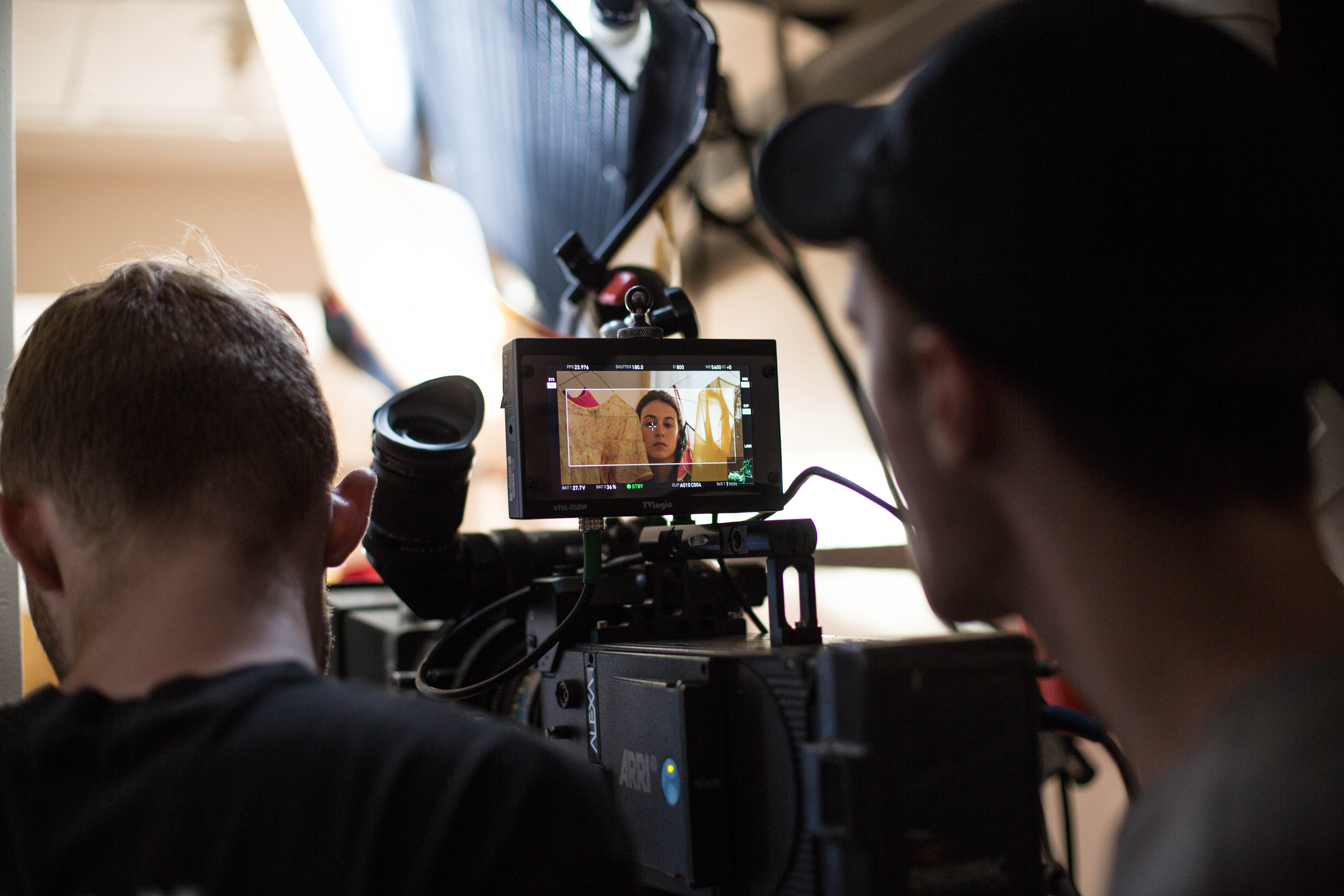 Since this is my first blog post, I’ll tell you a little bit about myself before going into my project.

My name is
Joosje, pronounced as Yosha, and I’m originally from The Netherlands but left home to study at NYU. My concentration at Gallatin is Acting, Creative Writing and Journalism, and my many courses in acting and writing gave me the idea to make my own short film, called Heavy Feathers, which I wrote, directed and starred in.

For this creative project I collaborated with fellow Gallatin student Katherine Romans, who acted in the film with me and allowed me to shoot the film at her house in Upstate New York. Besides Katherine and me, there was one other woman acting in the film, Laura. Katherine and I played twin sisters, and Laura was our mother.

who finds out that her father, who passed away 18 years ago, might still be somewhere out there. She is eager to find out the truth about her past, but the truth is not easy to come by with a sister (Katherine) who thinks a life in the dark is a better life, and a mother (Laura) whose truth is a fairy tale she doesn’t even believe in herself.

Besides the DASR grant we started an Indiegogo campaign to help fund the film. On our website you can watch a video in which I talk about Heavy Feathers with Katherine and my producer Nicole: https://www.indiegogo.com/projects/heavy-feathers

After months of preproduction, in which I held castings for the role of the

mother, went on a location scout with producer Nicole, cinematographer Daniel and Katherine, rehearsed with my actors, revised the script a million times, went shopping for props with my production designer Bailey, created a shot list with Daniel, and got the equipment, insurance and contracts with the help of my wonderful producer Nicole, we were ready to shoot!

From June 4 until June 8, I went Upstate with a crew of fifteen amazing NYU students, who made my first film experience absolutely wonderful. We shot 21 scenes in 5 days and I was very happy with how smooth everything went, and how talented and hardworking the whole group was.

Because I mostly come from an acting background, my research

objective was to find out what changes when the roles of writer, director and actor are merged into one. In theatre, the actor-driven process is much more common, especially in ensemble work and devised theatre pieces, but in film, the roles are usually separated. So far, I had only been on film sets as an actor, and because I worked closely with all my directors I was excited to find out how the process changed when becoming my own director. A few of my main findings were the importance of the relationship between director and assistant director, as well as the need for many one-on-one rehearsals and good preparation with the cinematographer, since there isn’t a lot of time to look at the shots on set when acting in front of the camera.
I’m currently back home and my editor and I both finished a first rough cut of the film, which we’ll have to combine to create a final cut, which will hopefully be ready before the semester starts in September.

I can’t wait to share my movie with all of you! Have an amazing last summer month.

One thought on “Shooting a short film: Heavy Feathers”