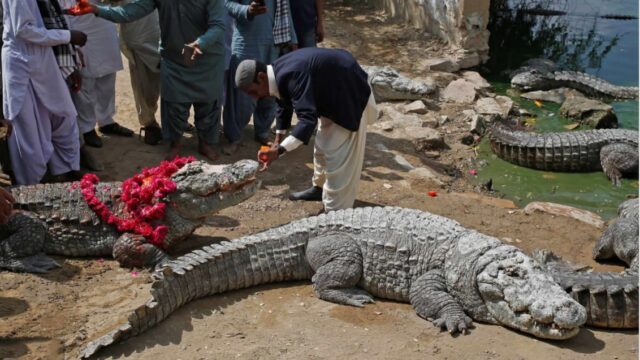 My work this month was dedicated to finalizing both the logistics of my trip to Karachi and drafting the penultimate research questions I would ask once there. After numerous discussions with fieldworkers, I’ve determined that I’ll hopefully be able to rely on more than just archival materials for primary source analysis. Oral history interviews and biographical accounts by Afro-Pakistanis are crucial for shedding light on post-partition history since I have been told that obtaining archival materials after independence from both the Sindh archives in Karachi and the National archives in Islamabad is a long, tedious process that will most likely extend beyond the DASR timeline.

After speaking to academics based in Karachi, I realized that my research had been limited to a subset of the Sheedi community and not the community as a whole. While the presumption that all members of the Sheedi community were participants in the festivities at the Manghopir Shrine could have been an initial setback, I realized that I didn’t need to reorient my fundamental research question to accommodate other sites of significance, but instead could use the shrine as a metaphor to document Afro-Pakistani heritage. My analysis would thus focus on writing about the historical patrons of the shrine and, therefore, tell a larger story of early modern African migration to the region through an emphasis on Manghopir and its festivities.

The shrine initially piqued my interest because of the involvement of close to 100 supposedly docile, domesticated crocodiles in its ritualistic traditions. This picture above depicts patrons feeding a garlanded crocodile mithai (sweets) and meat. Observing humans walking alongside these wild animals in a setting of spiritual significance was fascinating. Yet, noticing that the site was sacred to the Afro-Pakistani/Sheedi community was something I could never understand. Why did this site matter? Why is this the location of the annual Sheedi mela? Why do villagers from Balochistan travel hundreds of kilometres to partake in this festival? Why do these same Afro-Pakistani villagers reside in the sparsely populated province of Balochistan in the first place? Do members of the community associate with Pan-Africanism, and if there’s a modern-day connection to the East African coast, how is it maintained? These are all questions I intend to address through my research.

This second picture was captured by colonial officials visiting the shrine in 1901. At the time, the shrine was located in the hills outside of, the port city of Karachi. Today, due to rapid urbanisation, the shrine now sits at the centre of the city of 16 million. This picture intrigued me because here we have pictorial evidence that the Sheedis have been visiting the shrine since 1901 at the very least. The next step of my project is to locate what point in time the Sheedis became the official caretakers of the shrine.