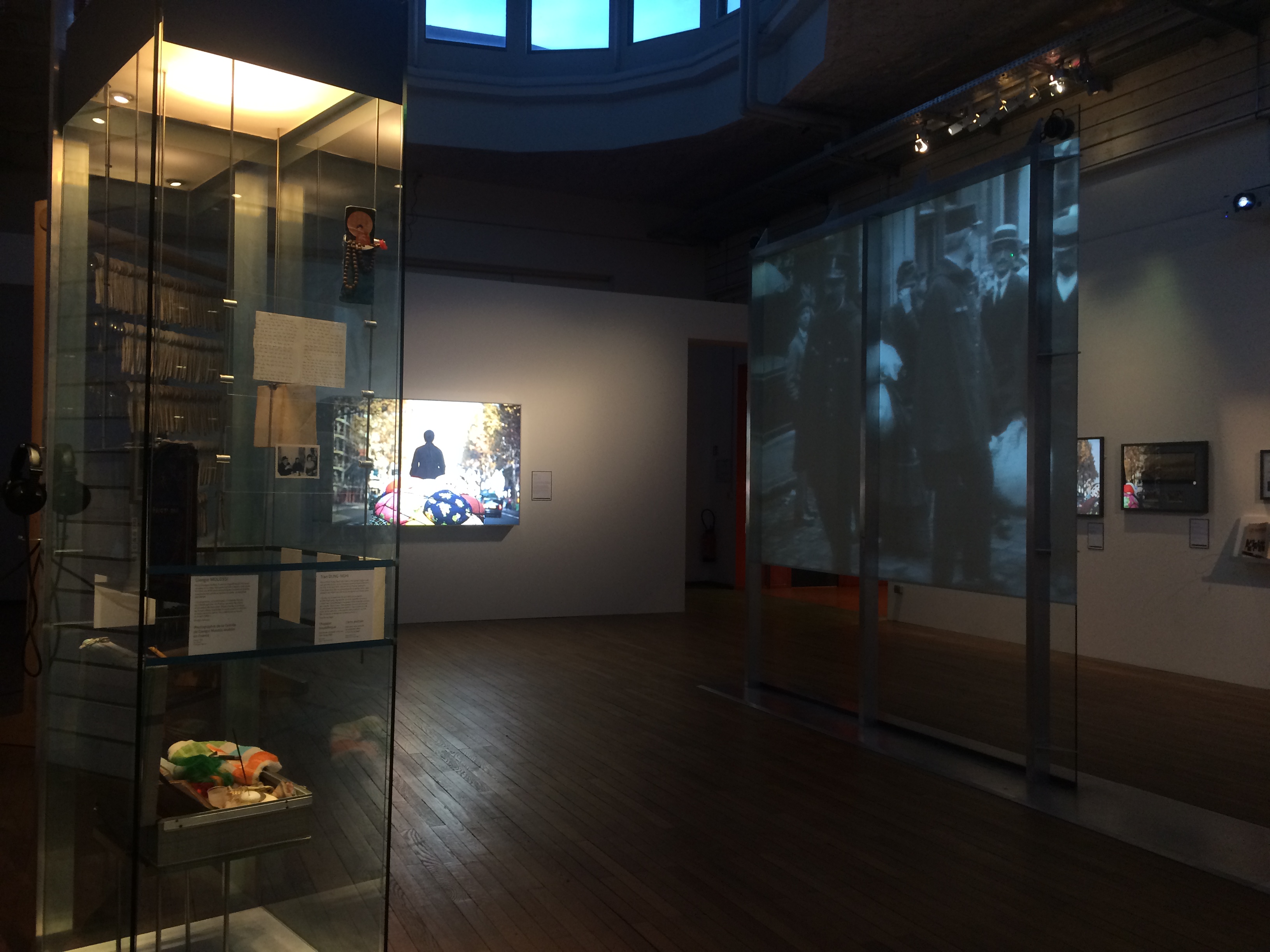 My name is Brenda and I am a rising senior studying globalization and postcolonial identity narratives. My project centers on the East Asian diaspora in France. I hope to interrogate the mechanisms of Empire that are used to (re)territorialize, define, and shape geographical, historical, and social spaces. I am particularly interested in the Chinatown located in Paris and its surrounding area in the 13th arrondissement. As of this Sunday I will be entering my last week of research.

Before leaving for Paris I began reading Orientalism by Edward Said and Imagined Communities by Benedict Anderson to help frame the philosophical, anthropological, and sociological angles directed towards my project. I had originally isolated two sites as my points of departure: Porte de Choisy in the 13th arrondissement (the main Chinatown) and the Chinese community located in Belleville in the 19th arrondissement. However as I visited these places and spent time wandering the streets and observing the people, I began thinking about the forces behind social construction and maintenance of ethnic enclaves: why are these people here? Who, or what brought them? What does it mean to be an “authentic” community? And lastly, can “quartiers asiatiques” still be French? What sorts of characteristics, qualities, and values are signified (and excluded) by “French-ness”? These questions directed towards investigating how postcoloniality is defined by contemporary France’s relationship to its colonialist/imperialist past (and perhaps even present).

Last week I visited the Museum of Immigration in the 12th arrondissement. Located in Porte Dorée, the museum is housed in the former site of the Paris Colonial Exposition held in 1931. Since the 1960s, the building was the home of the National Museum of African and Oceanic Art; the pieces have since been moved into the Quai Branly Museum along the Seine. The Museum of Immigration opened in 2007 without a public ceremony. A permanent exhibition titled “Repères,” Landmarks or “Reference Points” as the museum translates it, is “an emotional journey which interweaves key moments of individual immigrants’ life in France with the historical context of each period.” The exhibit takes the viewer across nine stations titled: Emigration, The French State, Host Nation—Hostile France, The Homeland and the Host Country, Living Accommodation, Work, Roots, Sportsmen and Women, and ending with Diversity. Strewn across each station were artefacts like past immigrant belongings, recorded interviews with former immigrants from Eastern Europe and Africa, written accounts, historical objects, and the like. The setup was very reminiscent of the Immigration Museum at Ellis Island. Although the exhibit was very detailed and historically rich (although I found the background on French colonialism to be lacking and not as in-depth as I would have liked), nothing really caught my attention until I came across this video installation in the very end of the back room.

Sedira has set up three conversations between three generations of women: grandmother and mother, mother and daughter, and granddaughter and grandmother. Sedira’s mother speaks in Arabic, she speaks in French, and her daughter speaks English. The conversations are light, simple questions like “how did you enjoy primary school?” or “did you like your friends?” Sedira and her mother engage intimately as both can understand each other but the opposite took place in the conversation between her grandmother and daughter, both subjects speaking to one another in a language that neither can understand, awkwardly glancing towards the camera, as if hoping for Sedira to translate for them. I have felt similarly speaking to my grandmother (who does not speak English) while my Chinese continues to deteriorate and is conversational at best. The language gain/loss as a result of transnational displacement informs the trauma and pain that is sustained and evoked by diasporic dialogues, yet intentionally creating incomprehensibility also questions the sustainability of language in the increasingly transnational, migratory, globalizing world.

At the end of my first week/beginning of my second, I attended a Franco-Chinese church service. Although I grew up in the US under the constant strain of speaking—switching—choosing—between two languages, it was still difficult for me to comprehend the incredibly similar dichotomy that exists in equal capacity for French born individuals of Chinese heritage. I attribute some of my confusion to years of learning nationalized depictions of race, by which whiteness is distilled into “real,” “native,” citizenship and to be non-white is to be Other. I have noticed this perspective informing French individuals who have asked me where I come from.

“Je suis Americaine.”
“But where are your parents from?” they continue.
“Mes parents sont Chinois….” Then they are finally satisfied.

One thought on “The Diaspora is Now”