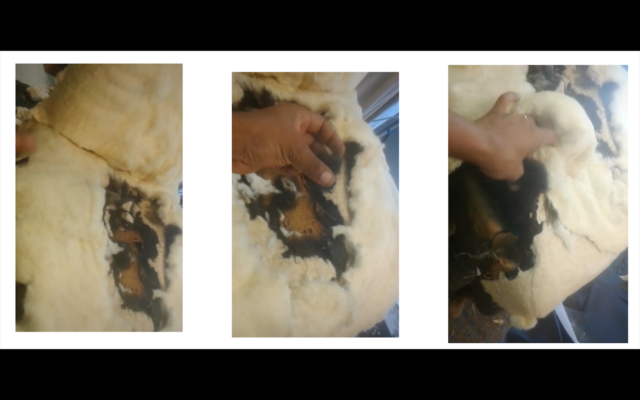 My thesis offers an unexplored perspective of the relationship slavery had on Black homes and their relationship to architecture and furniture. I am exploring the connection between chattel slavery and interior design specifically in America. A viral video surfaced on TikTok by the user @karahbura showing a furniture restorer finding slave hair in a 200-year-old chair from a wealthy White family in North Georgia (pictures below). The pictures depict a thick layer of hand-picked cotton over an even thicker layer of human hair. Although the exact volume of hair found in this chair was not measured, given how dense the hair appears on video is it clear the hair was stolen from multiple Black Americans and

This video shows how enslaved people’s hair was used as a commodity. Along with their labor being exploited, so was their hair. It exposed one of the less common known realities that aren’t shared in history. This video also signifies the sheer magnitude of forms of abuse slave owners used to control the enslaved that are not spoken of in the study of history. The abuse and trauma the specific African Americans affected by their involuntary contribution to their slave master’s upholstery in the form of not just their labor but their hair, which is a common source of identity and pride, was especially traumatic.

It’s important to ask ourselves, how many people did it take for them to make that chair? Who knows how many sets of chairs were made or if they used enslaved people’s hair for other furniture needs.