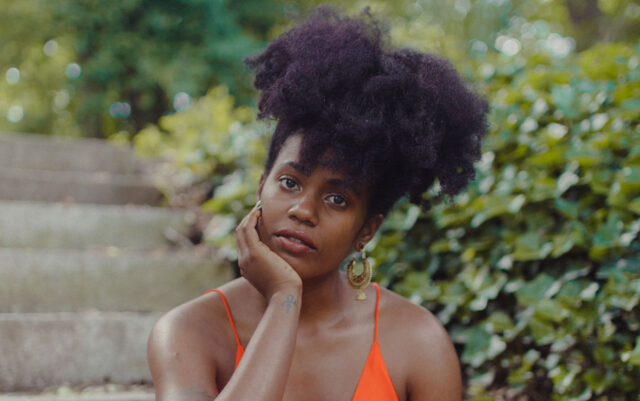 One of the things that has shocked me about this process is the fact that contributors have basically been falling into me lap. I thought I would get the bulk of my contributors from some big call to submissions posted on my social media networks, which I still plan on doing, but so far I’m finding artists through the people that I know. Any time I tell a friend about the project they either volunteer their own work, or point me in the direction of someone who’s work I might be interested in. I still am finding people through social media, but instead of them coming to me, I come to them. I saw someone tweet about how African family dynamics played a role in the death of Toyin Salau and I’m going to ask them to expand that tweet into an essay.
One of the people who I was surprised to be able to reach through my network, is Akwaeke Emezi, a Nigerian novelist whose work is heavily shaping my research. Akwaeke’s book Freshwater deals with issues of domestic violence and brings Igbo spirituality to the forefront of this conversation. Emezi’s work interests me most because it brings nonbinary identity and queerness into this conversation in a way that is often overlooked in Nigerian literature. Emezi’s rise as a staple in the Nigerian literary arts scene is particularly important when we think about the transphobia that has come from prominent Nigerian writer Chimamanda Ngozi Adiche. Many see Adiche’s refusal to acknowledge the fluidity of gender as simply a traditional Nigerian mindset. In actuality, trans-exclusionary feminism is yet another byproduct of colonialism. The Igbo language itself makes room for the fluidity of gender as Igbo has no gendered pronouns. Igbo spirituality has gods that come in different forms, some of them gendered, but some of them simply spiritual beings. Even Igbo names have room for the fluidity of gender, Uche, Ogechi, Nnamdi are all unisex names.
If anything Emezi’s work feels closest to authentic Igbo literature, as they acknowledge the tradition of the Igbo people by making room for the fluidity of gender. Their work is inspiring to me and helps me to broaden the focus of my work while sticking true to my original conception. The unheard voices are those who are in touch with their ancestors in ways that are still considered taboo in traditional Nigerian society. Those whose gender and culture intersect in ways that we often overlook.