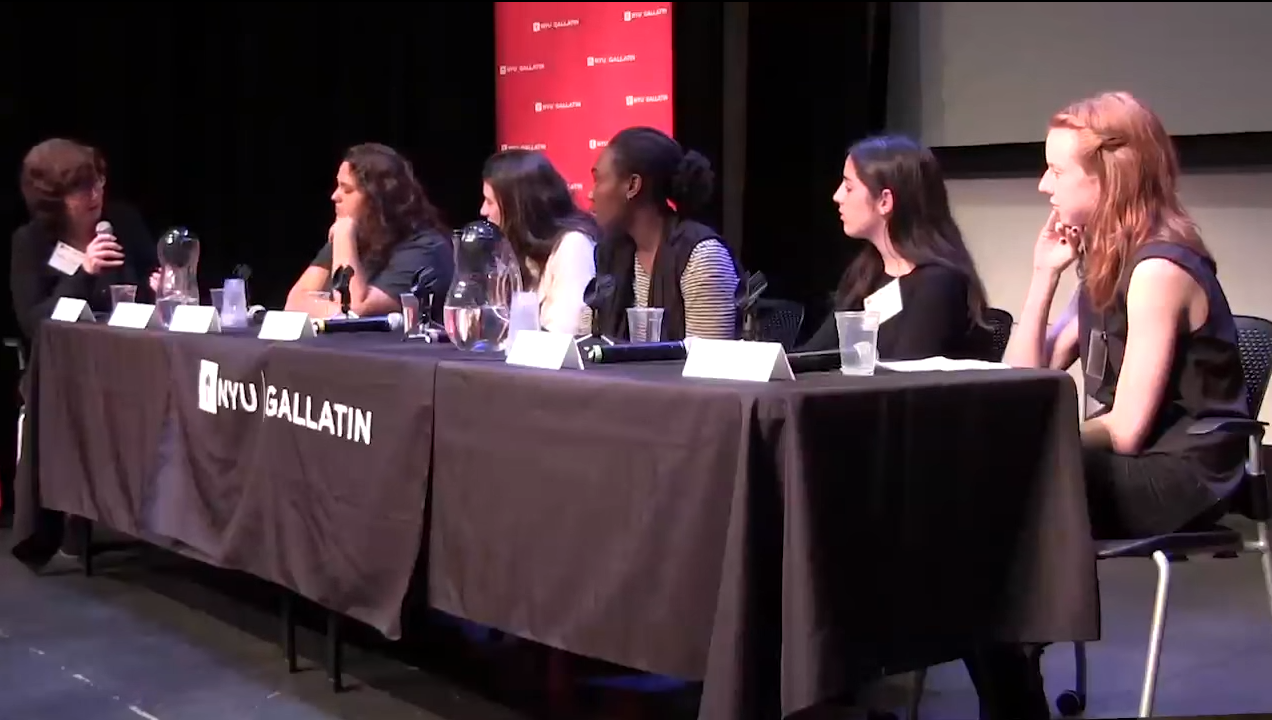 This documentary looks at what it would be like to experience more than one perception of New York City at one time. Using multiple synced  cameras, 00:00 questions the fundamental decision of choosing where to be at any given time by examining many different possibilities at the exact same second.

What do we need to know about ourselves to be happy? That’s the  question my short film Heavy Feathers, which I wrote, directed, and acted in, asks of its audience. Creating the film was not a typical research project, but more a creative challenge. At Gallatin, the Fiasco Theater Company’s model of actor-driven work inspired me. I wanted to take their mindset to the screen and make an actor-driven film. As a director, I was not as much of an authority as I would have been on a traditional set. I learned I always want to give my crew and cast the freedom they need to take the film to a higher level.

This project is an ongoing documentary and archival piece on the artwork of the artist Romare Bearden. Using primarily film and original works of Bearden’s, Chloe Gbai investigates the personal life of the artist as well as his continuing legacy today.

I have been researching photography used for social change and exploring the limitations and effectiveness of the medium in evoking moral responses. The abundance of images in our culture has changed our relationship to photographs, and I am interested in techniques and aesthetics social documentary photographers are using to adapt to this. I will be mapping out a few elements of the complex relationship between photography and social change and examining various methods photographers use to provoke and inspire their viewers.

#OpenSkyOpenRoad was a road trip around the United States, exploring and photographing American cities with thriving art communities. This summer, I traveled from New York to Savannah, Miami, New Orleans, Austin, and Detroit, with a number of stops in between. I used Instagram to document contemporary arts communities in these cities, while investigating Instagram as a digital space that can curate and selectively reflect physical space.