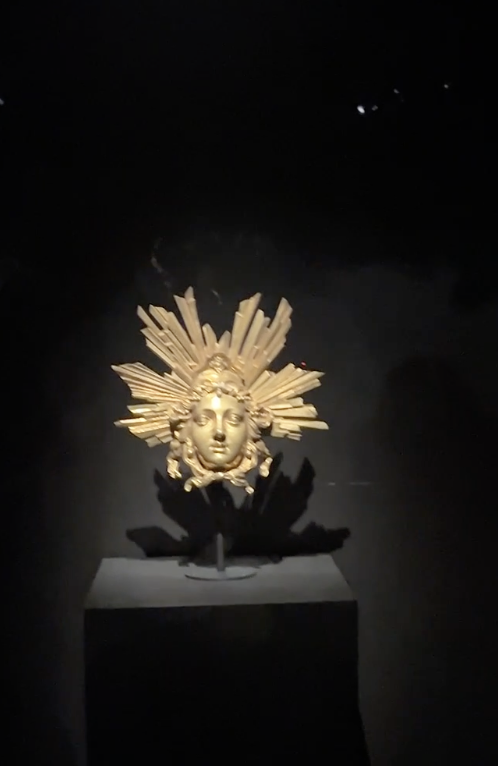 At this point in my research project, I am synthesizing the information that I have gathered so that I may construct a solid outline for my eventual paper. Since beginning this research project I have recognized the inherent disconnection between individuals today and the stars above and on earth. Culturally, western society has begun to focus its attention on stars of celebrity rather than stars of space and I was able to notice this the more I communicated about my research to others— between England, France and throughout the U.S.. Despite the inherent disconnection between the stars that persist in our contemporary world, I have still been able to discover instances of inspiration that carry over from times of true cosmic integration to today. For example, the Schiaparelli exhibition Shocking! held at the Musée des Arts Décoratifs in Paris, France included a section titled “Les Signes du Zodiaque” mentioning how the head designer of the fashion house, Elsa Schiaparelli, had an astronomer uncle and after he “compared the
beauty spots on her left cheek to the seven stars in the Big Dipper constellation. She made it her personal trademark and often decorated her creations with it, along with other celestial
motifs.” Throughout various collections, the designer made “references to the reigns of Louis XIV and Louis XV the château, and gardens of Versailles where, harmonious connections between the seasons and the planets were represented throughout the interior and exterior design,” even going as far as to construct a cape which “was embroidered with Phoebus, a reference to the Sun king [Louis XIV].” The modern day presence of the Sun King of France and “true stars” such as himself can evidently still be felt throughout time.

Moving forward with my research I plan to highlight other individuals that connected with the cosmos as deeply as Louis the Sun King of France, so that I may corroborate the presence of true stars throughout history. I seek to explore various other cultures that feature defined sun kings who shaped their societies and transformed their civilizations with the goal of providing a historical background for individuals seeking to become stars in today’s world.