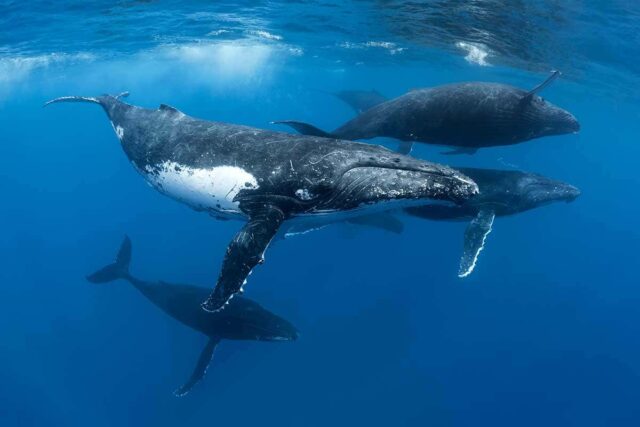 Since returning from New Bedford, I have been contextualizing my findings within different philosophical, anthropological, and historical frameworks. In my previous blog post, I explained how the environmentalist movement of the 70s gathered, publicized, and emphasized new research on cetaceans, depicting the whale “as a wise, loyal giant, a kindly singer of ethereal ballads” (Carpenter, 1992). The public embraced this image, and by the end of the 70s, anti-whaling campaigns had considerable influence, not only on public opinion, but on governments and legislation (Elliot, 2002).

This symbol—the intelligent, charismatic, gentle giant of the deep—is what environmental anthropologist, Arne Kalland, terms “the superwhale.” In his 2009 book, Unveiling the Whale, Kalland argues that our eagerness to protect whales is a product of this symbol: a single whale with an amalgam of superlative traits—the size of the blue whale, the intelligence of the sperm whale, the charisma of the beluga whale, the song of the humpback whale, and so on (Kalland 29). In short, whales have been granted special status within the animal kingdom. They have, as a whole, been raised above other species by virtue of human-like traits that afford them moral consideration within an anthropocentric system of ethics. How should anti-whalers approach and critique their own symbolic fiction?

I include myself here. On the one hand, I find whales spectacular, and I do believe that future cetacean research will reveal even more about their cultures, languages, and emotional experiences. But I try to approach our moral treatment of whales within the context of other nonhuman animals. We should avoid killing whales when possible not because they are unlike other animals but because they are like other animals in every morally relevant way. Like us, they suffer, and this should be reason enough to end the unnecessary killing of nonhumans more broadly.

So, like Kalland, I am critical of the superwhale, and I agree with him that the symbolic uniqueness of whales “tells us more about human society and culture than about whales” (Kalland 36). But I’ve come to gain a different insight from Kalland’s anthropological theory. A critique of the superwhale is not so much a case against anti-whaling as it is a case against an anthropocentric worldview that refuses everything beyond its own terms. The superwhale reveals a human-centric way of thinking about other life; moral treatment depends on the extent to which we anthropomorphize other species and identify with their perceived likeness to humans. The superwhale symbol, then, (perhaps counterintuitively for “animal rights” advocates) hinders animal liberation because it perpetuates the very foundation of speciesist bias, raising the whale above the rest animal kingdom. Rather than challenging the anthropocentric worldview that oppresses and subjugates animalkind, the anti-whalers’ superwhale allows humans to protect other animals while remaining comfortable at the center of the universe and at the peak of creation. By refusing whales their manifold uniqueness, their similarities and differences to other sentient creatures, we bring the whale closer to an infinitesimal Cartesian human-animal divide that bestows it protection, while much of the rest of animalkind is left to the mercy of human taste.