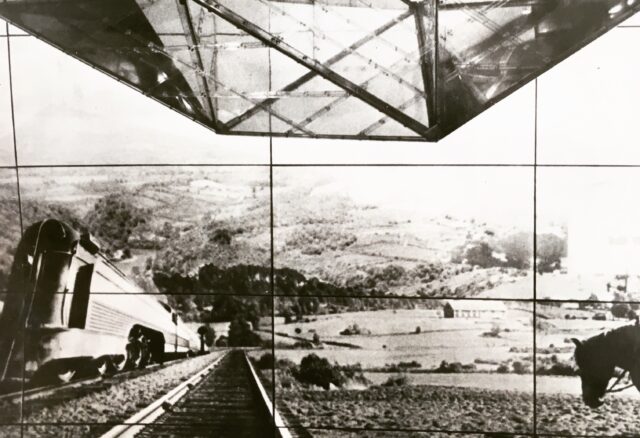 Black Mountain College (BMC) was a funky, ramshackle, arts-focused school that operated with a modest budget outside of Asheville, North Carolina from 1933 to 1957. The school has “come to characterize contemporary art,” according to Jill Medvedow, director of Institute of Contemporary Art, Boston in the 2015 exhibit catalog Leap Before You Look.

It’s easy to find citations of BMC’s legacy in current news. What follows is a random sampling of examples from a simple news search from the past few weeks:

What Does “Avant-Garde” Even Mean?
I want to shake up our American categories of what “modern,” “experimental,” “bohemian,” or “avant-garde” even mean—and how place and location inform definitions. For example, what happens when we understand the “traditional” practices of Appalachian artisans (who are often trained outside of institutions) as “modern” or “avant-garde?” How does this change the way we understand the nature and character of art, education, and importance in America?

One of these platters is deemed “modern” and one is deemed “traditional.” To put it another way, one is seen as the future and the other is seen as the past, despite being produced in the same cultural period in close regional proximity. Whatever quality makes one platter “modern,” I argue, makes the other platter “modern.” And, thus, whatever quality makes one “traditional,” makes the other “traditional” too. As scholars, intellectuals, and journalists, we need to rethink our definitions.

The Financial Times article asserted that BMC brought the aura of experimentalism to the region—such rhetoric is predominant in academe and journalism. I aim to disrupt that rhetoric by lifting up other avant-garde activities that were happening in the Appalachian region outside of BMC’s scope. By emphasizing correlations, I seek not to propose causation but instead to widen our—to borrow a phrase from Hortense J. Spillers—“American grammar.”

Telling a New Story about Art in America
Why is the widening of our American grammar necessary? As Clint Smith recently noted: “stories embed themselves into the narratives that a society carries. And those narratives shape public policy. And public policy obviously shapes the material conditions of people’s lives.” So when we bring forth new stories that change the way we “characterize contemporary art” (to use Medvedow’s phrasing) Americans change our ways of interpreting current events in art, regionality, education, and politics.

The Research This Summer
In August, I will be driving to western North Carolina to visit the archives at Appalachian State University, Western Carolina University, and the Western Regional Archives to examine in the ways modernism, or the “aura of the avant-garde,” was already being practiced in the region before and during BMC’s operation. In this investigation, I hope to offer new definitions that open new ways of seeing.