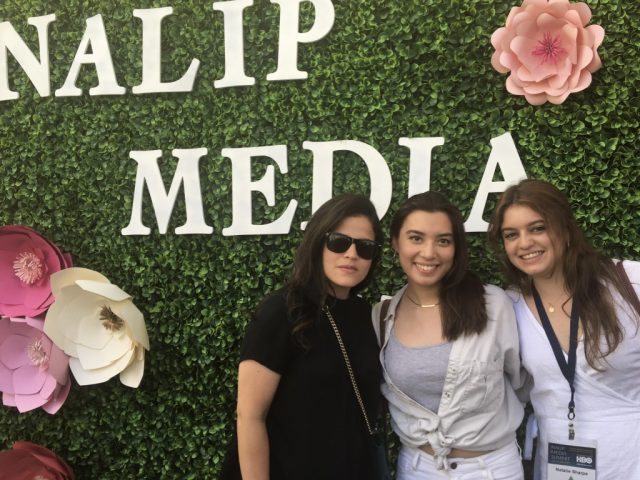 At the Paley Center for Media, I was fortunate to meet the library supervisor who gave me a series of helpful recommendations, including a book which has been especially insightful, Latinas & Latinos on TV: Colorblind Comedy in the Post-racial Network Era by Isabel Molina-Guzmán. While the UCLA Film and Television archives provided me titles specific to the Chicano collection, the Paley Center holds an even greater selection of historical as well as contemporary titles.

At the NALIP Media Summit, I attended a multitude of workshops and seminars. I learned more than I could have possibly hoped for. I had the chance to hear from top academics who have been actively fighting to make a change by researching topics related to underrepresented communities in media: most notably Dr. Ana-Christina Ramón, the Director of Research and Civic Engagement at the UCLA Division of Social Sciences and Dr. Stacy L. Smith, the Founder and Director of the Annenberg Inclusion Initiative at USC. They echoed some of the same ideas that drew me to this research project in the first place, particularly the unique role of television as a medium. Dr. Smith expressed that the placement of the TV in the living room makes its images particularly impactful. The George Lopez show and Ugly Betty are excellent examples of accessible, mainstream Latinx representation. Importantly, both programs originally aired on the ABC channel, which can be watched over the air for free and is included in essentially every cable package. In contrast is the recent drama Vida, which is at the cutting edge of Latinx representation as it focuses on the inner lives of queer Latinx protagonists living in East LA. Though groundbreaking in its storytelling, its platform inhibits it from reaching audiences in the same way as the George Lopez show did almost ten years ago. The series is on Starz, available only through premium cable or streaming for $9/month. This raises questions about what it means for something to be “on television” in the streaming era and how the medium of the story can at times dictate or limit the audience.

At the conference, I was able to hear directly from the creator of Vida, Tanya Saracho, as well as one of its stars, Ser Anzoategui. Across seminars and lectures, the show was repeatedly referenced as an example of the type of representation which has no precedent. I learned that there is only 6% Latinx representation on-screen, a statistic that has remained stagnant since 2007. Not only is the community largely invisible in front of the screen, but there is erasure behind the camera. Vida demonstrates that change is approaching: with Latinx creators on all levels of production, from writers to showrunners to editors, the drama has managed to meaningfully combat that norm. Now we need more than just one – a breadth of high quality shows, across genres, that tell stories as diverse as the Latinx community itself.