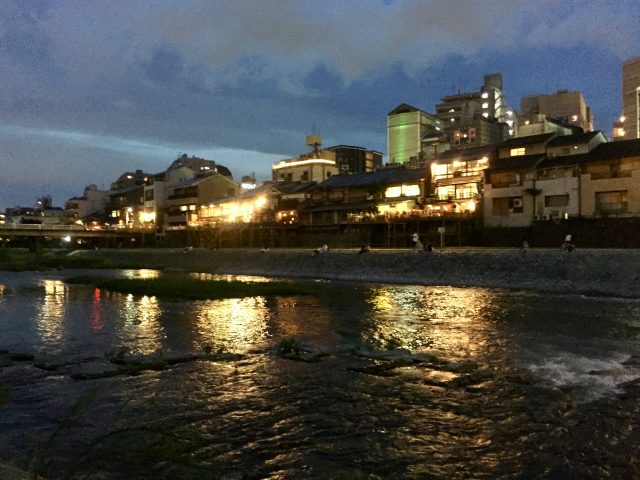 I am writing from Suzhou, China, a city I lived in for a long time. The familiar comforts of home, its intricacies that I feel can’t be articulated or recognized until one leaves and returns, are filled with memory and nostalgia. A place that one returns to. A place that one has dwelled in repeatedly, cumulating and cumulating. But, there is much more that exists beyond the physicalities of such a physical space and the bodies that inhabit it. How does house become home? Given the multinational/multicultural nature of my close family, this is a question that is rooted deeply in me, as home has never quite been one locale, but an ever shifting constellation. This mild tension within, spills into this project – how house becomes home, is synonymous – on a different scale – to how space becomes place.

As I have left Kyoto now, it is time to reflect deeply, analyze and develop this project further. In truth, I have been questioning why I chose to go to Kyoto both for reasons within and outside of this project. My perception of Kyoto – before living there for 3 weeks – was a sub-consciously extrapolated space fabricated by my cultural upbringing as part Japanese, awareness of Japanese culture, my childhood experiences of traveling to Kyoto, an appreciation for its countless religious and spiritual spaces (from which Kyoto is known for), and curiosity towards the performing arts there. There is also a deep desire to reconnect with cultural roots, having not fully ever had a time in my life to do so, especially in an ancient capital of Japan. The challenge my project offers me is to realize and react against the dis-embodiment that can occur through dominant socio-cultural, geographic narratives stimulated by tourism and commercial and social media. Instead this project is inviting an exploration into inbetweens, delineating from the desire to do but rather to bring new awareness, little by little, to alternative modes of noticing and inhabiting in such a way that loosens the rigidity of urban pace and productivity, generates a contemplative stillness, and bridges both inner and outer landscape (body and space).

Reflections on sense of place have continued and shifted from seeking to understand place-identity and place-making, to a more intimate process that explores the inter-activity between oneself and the environment. I am exploring metaphors of the body as landscape containing an inner terrain, and how such an inner terrain interacts with the outer environment. This aspect of my project has been where Butoh – a post-modern performance art – has been particularly relevant. An intersection that arises from spatial observations in Kyoto and in Butoh workshops is the concept of Ma (間), a philosophic, cultural, spatial and temporal concept. Ma contains multidimensional meanings, among them: the in-between, distance, and the inseparable relationship between space and time. In the essay “Ma: Space, Place, Void” in Kyoto Journal, Gunter Nitschke, writer and professor of East Asian architecture and urbanism writes on ma as both a spatial and temporal concept.

During my walks in the crowded districts of the city such as Nakagyo ward or Gion, I noticed many small passageways weaving perpendicular to the larger streets, connecting to the backdoors of restaurants, residences, and shops, creating mysterious pockets of passage, often observed as uninhabited. The narrowness of the pathways interwoven into the city grid structure resounds with the spatial design of a traditional Japanese home – the machiya – which incorporates a long passageway before the central space of the home to create an interval between public and private realms. Both in private and public spaces, Kyoto maintains spaces of ma – an acute sense of in between space that creates a sense of spaciousness, emptiness, and privacy even in the busiest of districts. Its existence – as a trace of traditional and historic spatial design, feels like a portal through time, containing hidden narratives and memories in themselves. In Butoh workshops at Seiji Tanaka’s studio in Nara, the foundation of the practice is to receive space. Space in this context is 空間 (ku-kan) in Japanese, literally meaning empty space. In Butoh, empty, is not an absence, but rather a rich essence that exists in space; to receive, we reflect the space not cognitively but through sensation. A rich dialogue begins between body and space. It is a movement language in which an awareness of ma is crucial. When the body begins to extend towards the sky, we are encouraged not only to think of the upward space, but to think about our feet and what lies in the depths of the earth. The body is constantly in a spatial negotiation that moves here nor there, but here and there, ambiguous and yet acutely decisive. What emerges through my first experiences of Butoh have offered an entirely new sensorial way in which to receive and interact with space, offering a practice of inhabiting. Walking in the streets, riding the train, returning to the guest house after a workshop I am acutely aware of sound, the tactility of my feet stepping one foot in front of the other, I arrive into a gentle slowness. To stand, simply, to stand is an intensely sensorial state. Through this movement practice, the distinction between self and environment loosens and I feel inter-twined in my environment. Butoh is slowly unveiling a way in which to find relativity and connectivity to both the animate and inanimate of each moment by moment.