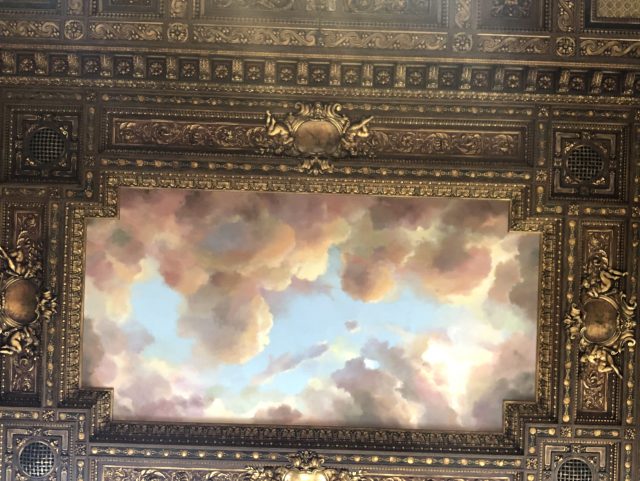 As I’ve been doing my research, I’ve constantly been questioning the fact that I am continually relying on digital technology to conduct my research. I’ve questioned my own methodology throughout this process, but now I’m also questioning the mediums by which I do so.

Earlier this week, to break up the monotony of conducting most of my research in Bobst or in my room, I decided to venture out to the Mid-Manhattan New York Public Library to see how having a different location with different resources would affect my research process — would I discover different titles from a different search engine? Would I think differently, or focus on different things, by being in a different environment being surrounded by different thinkers? Instead, what I found was frustration and disappointment. I initially had high hopes for using this library as a potential resource, largely due to the fact that some writers I follow on social media claim to do significant amounts of their research here, but this likely won’t be the case for me. The library, or at least the portions that I explored while visiting, seemed to cater more to tourists than to researchers — information desks that were selling audio tour guides were easier to find than librarians, and when I finally did find a librarian, they told me that the book I was looking for was in the stacks and would take up to 45 minutes to find.

I could easily write off this experience as a misguided adventure in my research, but I think it could be used to demonstrate why I’m questioning the role of mediums in my research.

Earlier this week, I finished re-reading Benedict Anderson’s “Imagined Communities,” in which he theorizes how the concept of a ‘nation-state’ came to be. One of the central components of his argument is the role of print-capitalism. According to Anderson, print-capitalism was necessary for the development of the nation-state because it coincided with the growth and unification of bureaucratic administrative units in governments, and because it helped unify vernacular languages that then helped foster a sense of an imagined community of readers reading the same language (as opposed to those who didn’t read the language, who were thus excluded from the given imagined community). These vernacular languages were unified through the printing press, which, after fulfilling the demand of Latin works, subsequently began printing books in vernacular languages to find and fulfill new markets. It was through this process that people in regions that shared the same language began to think of themselves as unified, opening up the possibility of the concept of a nation-state.

Based on my difficulties in using the library today, I can’t help but wonder — what is the role of print-capitalism today? Or, to extend the question to more directly apply to my research — should we begin to think of digital technology (and particularly social media) as a disruption of change on a similar scale to that of the rise of print-capitalism? In the same way that print-capitalism allowed for drastic political change by changing the way that information is disseminated and archived as well as allowing for radically new ways of community formation and self-identification, perhaps social media is catalyzing a similar phenomena? As people begin to move away from physical libraries as archives of information and instead onto virtual domains, our political theories need to be prepared for the widespread change that will likely ensue.