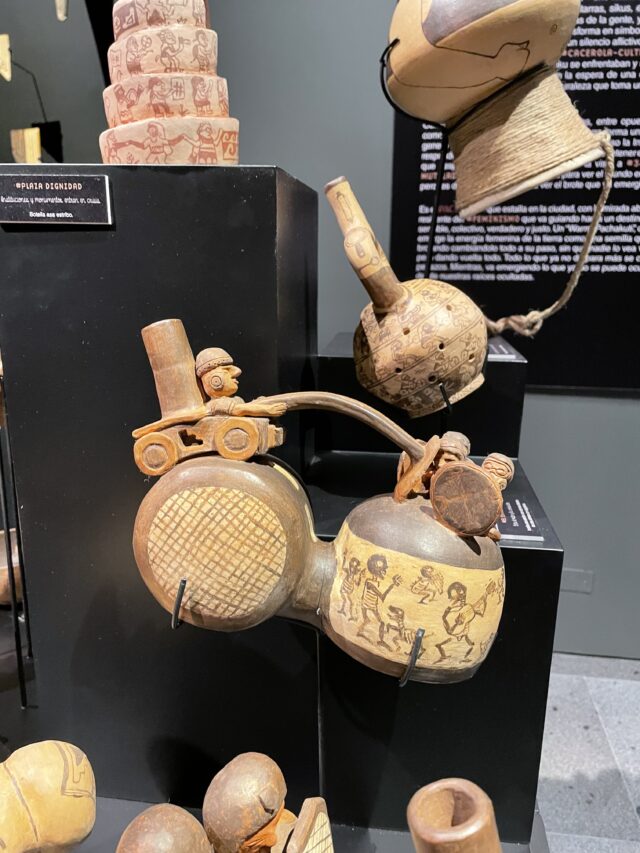 Since my arrival in Chile six weeks ago, the final version of the new proposed constitution has been released and the campaigns for (Apruebo) and against (Rechazo) it have officially begun. My own research has also been progressing with a mix of formal interviews with those working in or around climate from activist, NGO, and academic perspectives, as well as informal yet informative discussions with people on their expectations for the new constitution.

On 7 July, there was a press conference led by the NGOs and political parties supporting Apruebo as a sort of kick off for the campaign. A mix of climate youth activists, seasoned politicians, NGO leaders, and more came together in a tangle of flags to provide their support and their explanation as to why Apruebo is the right choice. With a national plebiscite deciding the future of the country with two clear sides, it is impossible to not see the parallels to the 1988 plebiscite that decided with a simple ‘Yes’ or ‘No’ whether Augusto Pinochet would stay in power for another eight years or not. Then, as now, fear and misinformation were a key tools for elements of the campaign against change. While the proposed constitution can be accessed for free online or purchased from shops or street stalls, many are not reading what would become the world’s longest constitution from start to finish. Rumors spread quickly through social media, with some people telling me they will vote ‘No’ because the new constitution will abolish private property (not so). Regardless, the feeling among those in the activist and climate space I have spoken to is generally marked by excitement and stubborn optimism.

A Mapuche activist fighting with her community against a plan to create a large cherry tree monoculture farm that would drain and pollute the Chol Chol and other rivers that are crucial to her community and the environment was more lukewarm about the impact of the constitution. With a historical and contemporary relationship with the Chilean state and its institutions that is marred by colonialism, distrust, and violence, a more demure approach is perhaps not surprising.  When asking people what they think would happen if the plebiscite resulted in a rejection of this new constitution, the responses from those voting rechazo promise that then there would be the opportunity to reform the current constitution or start another rewriting process that would be less ‘radical.’ Others say they expect the estadillo to return, with mass protests that would not be placated by the promise of a new constitution nor further hemmed in by COVID lockdowns. Some who are deeply involved in climate action or had loved ones who were victims of violence during the estadillo did not even want to think that the new constitution would not be accepted. While my time in Chile is coming to an end, the connections I have made and the insights I have gained continue. And as the 4 September grows closer, the campaigns and debate will only ramp up.