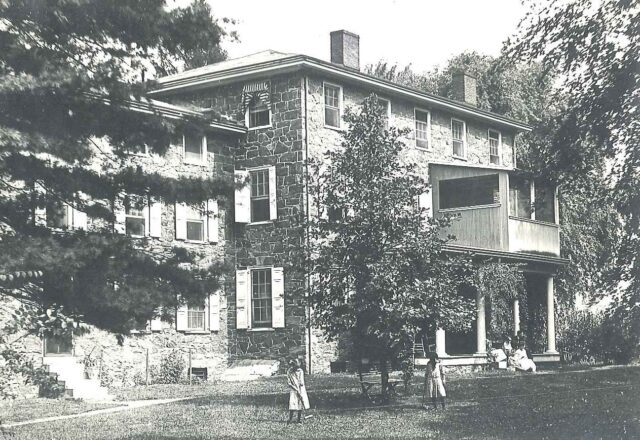 Early next week, I’ll be heading to North Carolina to visit three archives on an artifact-finding expedition. With the Delta variant of Covid-19 exploding in the American South and incapacitating medical facilities because of unvaccinated individuals, I am preparing myself for a strategy of precision and deliberateness while there (i.e., I want to get in and out—no socializing or unnecessary sight-seeing for me).

In order to keep my time in North Carolina deliberate, I am writing my August blog post now, several days before it’s due so that my next few weeks can be completely focused on assessing archival research.

The topic I want to explore today is essential to research but it’s not about the research itself—it’s about the writing spot. This summer, I have been writing from a particular (and peculiar) multi-layered place, or as the poet Charles Olson once put it “a strange spot in a strange spot.”

My research considers the implications of site-specificity on artistic and educational activity, particularly when it comes to Black Mountain College (1933-1957) in Black Mountain, North Carolina. The concept of paying close attention to one’s specific location isn’t new, of course. The Danish folk school movement used the phrase folkelighed to find value in one’s regional geographic and cultural specificity while embracing other sites equally, sans nationalism. In my research, I call the concept “total identity.”

My research considers the way a site’s geographical and cultural energy works its way into art and education. So, how does site-specificity work its way into the work of my research? What follows is a total identity analysis of my writing spot.

I’m writing this blog post, and have been conducting much of my research, from a corner of a south-facing sunroom of a faculty apartment at Westtown School, a K-12 Quaker school (originally founded as a cloistered boarding school) near Philadelphia. My panoramic view looks out over a rolling farmscape that is growing corn and pumpkins.

Summer campers of all ages are herded along the paths outside my residence, as they learn about farmlands or make their way to the farmstand, Pete’s. Occasionally, the panorama will be momentarily filled with a giant John Deere pulling hay or something down the road.

The sun brings forth the blue of the morning around 5:45 when the foxes dance in duets; around seven in the evening, it washes the land in a brilliant orange glow, inviting the groundhogs to mointor the horizon before slipping into their tunnels. At night, fireflies float from the ground as steam would and crickets converse in their usual call and response.

Colonized on the ancestral land of the Lenni-Lenape, Westtown School purchased 600 acres from a Quaker farmer near West Chester, Pennslyvania in 1794. The land was attractive for a school because of its timber, access to a stream, clay in some parts, fertile soil in other parts, and strategic distance from Philadelphia’s “sinfulness” and proximity to Philadelphia’s orthodox Quaker parents. Two-sixths of the land is managed by a tenant farmer, as has been the tradition since the school’s founding in 1799.

The sunroom that I sit in is part of a farmhouse erected in 1851 for $6,500 with gray basalt bluestone, a local stone, with a sand-lime mortar. With the way my laptop is positioned, the stonework is my Zoom background when I connect with scholars and sources around the country via internet livestream. The former structure on this site was built in 1701 and housed the Quaker farmer, James Gibbons, who sold this stolen land to the school.

Until 1965, this farmhouse where I sit was a bed and breakfast for guests and parents to stay when they visited their children who were boarding at this school. On the side of the building where I sit is reportedly where the B&B’s restaurant was. There, simple-yet-superb meals were served to visitors by Anna Mae White and Stella Crawford, famous for their dishes of creamed mushrooms and hot cherry pie. Mary Hoffman and Marian Weller managed the “old-fashioned country inn,” (as it was advertised in the 1950s).

After the B&B closed, the farmhouse was renovated in the 1970s—however, this first floor where I sit was left untouched. As one alumnus wrote at the time: “That dining room of fulfilling promise, now empty of tables and chairs, now makes memory the only solace.” In 1976, the apartment where I sit was added. In the last 40 years, mainly theater teachers have lived in this apartment—such is the case for me, and my predecessor included.

In my research, on Black Mountain College, I learned that Allan Sly, the college’s music professor from 1935-39 visited Westtown and performed a concert for the students along with his wife, Elizabeth. It’s possible, if not likely, that they stayed in this very spot where I am researching them from, 82 years later.

At this point in time, I don’t think this little corner that I’ve occupied will be a permanent writing spot. My partner Dusty, my most loyal supporter, has graciously let me dwell here in a critical common space in our apartment. But soon enough, the weather will get too chilly to keep the windows open and the campus will fill up with students and responsibilities.

This strange spot in a strange spot is a seasonal little garden, where my research writing this summer has grown. I suspect I will have rich memories of this writing spot but memories can only be made from ephemeral events. Therefore, to make way for memories, at summer’s end, I must let this writing spot go. It will be interesting to see how this spot shows up in my research, as it and my summer writing are now forever linked via total identity.

Special thanks to Mary Brooks, Westtown’s archivist, whose support guided this post.

Westtown: In Word and Deed edited by Pat Bringhurst Reed (1998)

Westtown In Trust by Rachel Letchworth (1975)