In July 2018, I was invited to a meeting by my religious superior in Brazil. He presented a request that the superior of New Jersey had made. He was asking for someone from our congregation to collaborate with them in their mission. He told me, “You could be the best representative to go to the United States because you are multilingual. You know English already.” Immediately, in the following month, they asked me to prepare my documents for the visa. When the process was completed, I left for the U.S.

I arrived in New York two years and ten months ago. Even though I had studied English before, I couldn’t speak clearly or understand well when people spoke to me. I had a serious problem with the pronunciation of words. As a priest, I didn’t feel comfortable because when people came to me to confess and talk, I couldn’t understand them. I realized that many people avoided me because of that.

I was determined to learn more English. I started to study English using YouTube. When I found a good program, I would save it on my computer to learn more about it and use it to improve my English. Additionally, I took an English class with the CESL at Fordham University. I studied English every day.

I realized that despite the effort I made, I did not reach my goal 100 percent because I was responsible for the Spanish ministry in the parish where I lived. That meant I worked with Spanish-speaking people every day. I could not concentrate my mind fully on English. So, it was difficult for me to speak and think in English as I should have been doing.

Nevertheless, I cannot deny my success. As time went by, my exposure to English widened, and I have been able to practice more. Now, I celebrate mass every day and receive confessions in English. As a matter of fact, when I go out, I feel more comfortable because I can understand people better.

Immigrating to another country is always challenging. It’s a restart in your life. You need to be patient when you are an immigrant in a new country. You are supposed to have the capacity and determination to overcome the difficulties. Mostly, the biggest obstacle is the language. But don’t give up. Perseverance is the key to success. 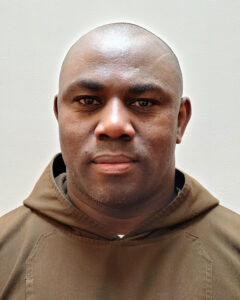 Louis Jacques Fleurimond was born in Mont-Organisé, Haiti. He speaks Haitian Creole, French, Spanish, and Portuguese. A Roman Catholic priest currently based in New York, he studies English in the CESL program at Fordham University’s Institute of American Language and Culture. His teacher is Margaret Ibasco, and the site adviser is José de Jesús Aceves Loza. In time, Father Fleurimond hopes to complete a doctoral degree.