I was brought up in Moscow, Russia. All I remember about my early childhood is the feeling of total unhappiness and despair. At an early age, I was put in a special place for children whose parents were unable to take care of their kids for various reasons. I remember how much I hated that place and how much I wanted to go home. I remember our awful teachers, who established terrible rules we had to follow. Living there was real torture. It did leave an indelible impression on me.

When I turned seven, it was time for me to start school, so my parents had to take me back home. My father worked as a truck driver, so most of the time he was away from home.  However, all those few hours he was off duty, he spent with me. As for my mother, the only thing she cared about was her job, so I was still totally ignored by her.

I became accustomed to solitude. The lack of attention and the constant feeling of rejection turned me toward books. I discovered how powerful they are. They could take me to another world, where I didn’t feel unloved and unwanted. Books became my best friends and guardians. I can say with complete confidence that it was books that brought me up and taught me what was right and what was wrong. They inspired me, motivated me, and exposed me to new thoughts and ideas. They shaped my personality.

I don’t blame my father. He had to work hard to make a living. Actually, I don’t blame my mother either. She was busy building a successful career. She had an idea that the most important thing in life was food and a roof over your head (and she still believes this).

As a child, I thought that the life I had was normal, that it had to be that way, and that children were a burden to their parents. Only later did I realize that it could have been another way, that something was missing: love, attention, bedtime stories, tucking in, a goodnight kiss, going to the movies together, presents under the tree on the New Year, family vacations.

Everything I was deprived of during my childhood I gave to my children with all my love and affection. 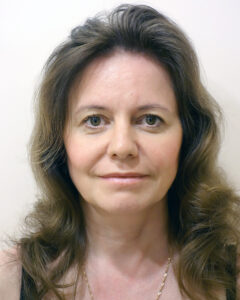 Svetlana Serzhantova writes: “I was born in the suburbs of Moscow, Russia. Much later, I fell in love with English, an amazing language, which became my passion. So I was extremely happy when my husband and I came to New York in 2015. Here, I’m working part-time as a nanny and spend my spare time taking English classes. I’m deeply grateful to the New York Public Library’s Stavros Niarchos Foundation branch and my ESOL teacher, Lianne Smith.”