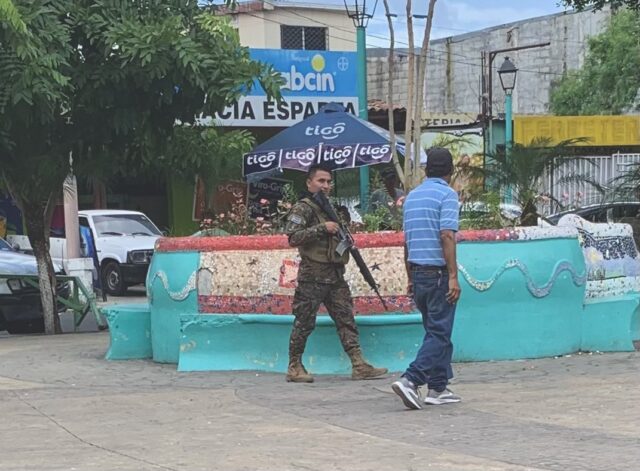 Authority is not an imposition, it is a gift.

Perhaps it was a slogan on the side of a building, a headline from the Bukele’s Diario de El Salvador, the radio, or perhaps it was something a neighbor said, a preacher, a soldier, or a stranger at the supermarket––whoever it was, wherever it was, the phrase seized me. It captured in simple words something central to what is unfolding in El Salvador––the essential principle that guides, for instance, the day-to-day headlines Diario puts out:

Developing my project, going into El Salvador, these were my suspicions: I hypothesized that this need for safety is what has been driving popular support for the Bukele––most recently in the form of the State of Exception––and thus, it may have been the image and rhetoric of the strongman that attracted people to Bukele, but what has and will continue to sustain that attraction, in spite of the government’s destruction of democratic institutions and human rights, is the result––safety.

However, in formulating this hypothesis, I missed something terribly important, something that I never would have grasped had I not traveled to El Salvador, and that is how the results themselves are a product of an extremely sophisticated propaganda machine that relies, not only on incessant government self-promotion, but on an carefully-constructed performance that renders visible, to you and me and Salvadorans everywhere, scenes of safety and order and tranquility while, simultaneously, rendering invisible all the violence and chaos and instability that undermines it.

In the two weeks I was there, I inhabited El Salvador as the former: I felt eerily safe, I witnessed no violence from gangs nor from the government, and neither did my family in urban Apopa, nor in rural Sensuntepeque. In fact, many of them echoed to me what my family in the States had been telling me since the State of Exception went into effect: things are much better now, cleaner, safer.

Thus, for a long time, as I saw more and more of the country, I reluctantly began to wonder, what if it’s true? Then I’d think: But how? How can this be true? How can mass arrests be the answer? How can the suspension of privacy and due process and free speech be the answer?

It is not until now, four weeks after leaving El Salvador––as I begin to finalize my research assignments, pick apart my notes, review the images and videos and newspapers I have, recall fragments of lingering conversations––that I can begin to understand and unveil the performance I got to watch during El Salvador’s “safest month in history.”