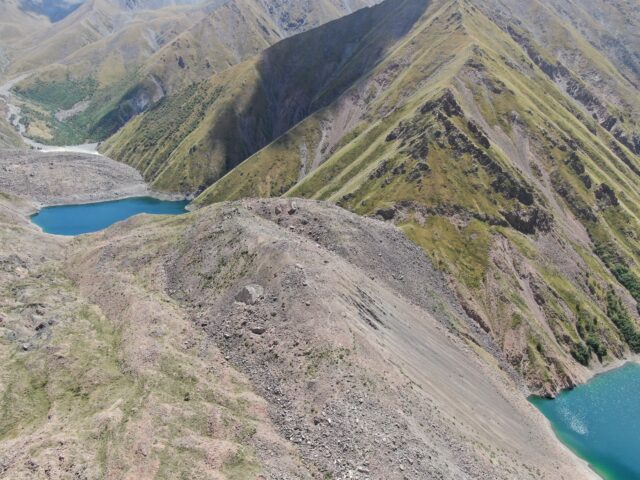 In my last blog post, I wrote a lot about Naadam week in Mongolia. It turns out I was wrong about all Naadam festivals happening around the same one week period. During my last few weeks in the country, I ended up attending two more Naadam celebrations that occurred around one month after the national holiday week.

On July 29th, my friend and teacher, Nomin, brought me along to her hometown of Bayankhongor–the capital city of Bayankhongor Aimag, a province situated at the intersection of the Gobi Desert and Altai Mountain range. Nomin was scheduled to perform at a couple of events for Bayankhongor’s Naadam which occurred at the end of July and coincided with the province’s 80th anniversary. While in Bayankhongor, I was able to re-record Khoroloo, one of the singers I had previously interviewed and record back in 2018.

Additionally, probably one of the most exciting things that happened to me this summer happened while hanging out with the artists of Bayankhongor. Because Nomin was a featured artist for the provincial celebrations, she was able to get us both free accommodation, and she had a few other perks such as free fancy meals and access to the Bayankhongor artists’ ger. The first day in the countryside, while sitting in this artists’ ger, the famous throat singer Batzorig Vaanchig walked in and casually began to shake hands with everyone including me (I suppose he assumed I was a Bayankhongor artist). I was absolutely starstruck. Later that day, the long-song singers were asked to sing a song together, and they happened to sing Uyhan Zambuu Tiivan Naran, a song I had just learned. Nomin encouraged–or maybe forced?– me to sing with the group in front of all the famous singers including Batzorig. I was terrified at the time, but I’m very glad I was able to have this once in a lifetime experience.

A few days later, I did another thing I would have not thought possible at the beginning of the summer: I climbed a 4000 meter high mountain with an escalation gain of 2000 meters. We stumbled over boulders, balancing on different sized rocks, and tried not to tumble the steep dirt cliffs while summiting the peak in the hot Gobi sun. As a long-song singer and researcher, I felt that climbing the mountain helped me better understand the geography of the region and as a result, helped me with my work in researching the connection between song and landscape. The mountain and its lakes ended up being my second audience for the song Uyhan Zambuu Tiivan Naran.

After our Bayankhongor trip, Nomin and I headed straight to Uvurkhangai Aimag where she had a gig for an event that consisted of a wedding anniversary, government awards ceremony, and Naadam all wrapped in one.

I was very fortunate to have visited so many diverse landscapes and meet so many new people over the summer. These next few weeks, I will work on my paper, and most likely, I will concentrate on analyzing individual songs with relation to local landscapes rather than talk about the relationship between the songs and Mongol identity. I hope to receive further funding in the winter to return to Mongolia and expand on my research of song and identity for my thesis.