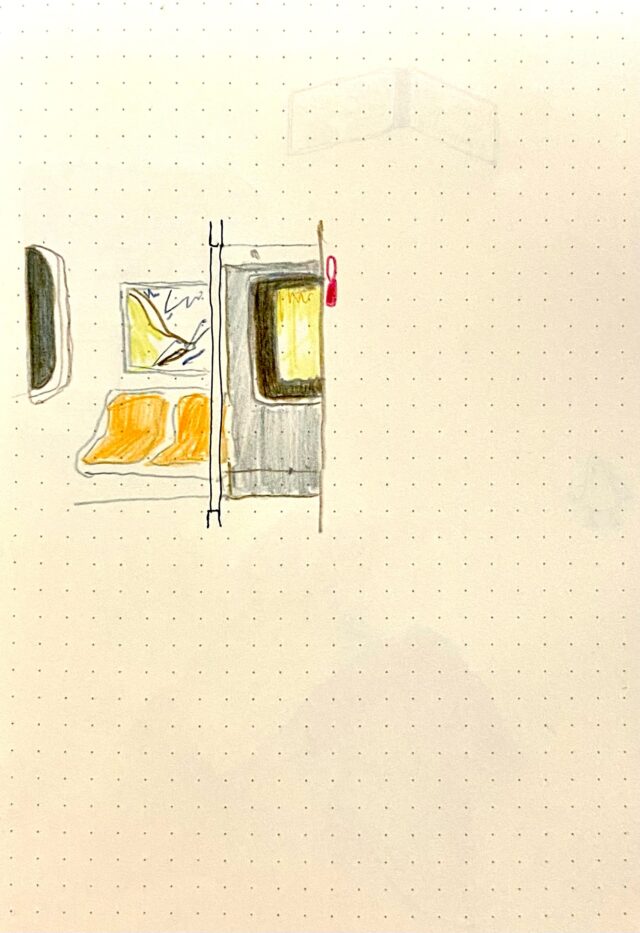 In my last post, I mentioned the way George Perec’s writing on the everyday provided a clear direction for my research. As I delved further into his work, I realized it also provided for me a method. What is interesting about Perec is he uses writing as a way to understand space. He writes to capture space. In the last paragraph of his book Species of Spaces, he writes, “To write: to try meticulously to retain something to cause something to survive; to wrest a few precise scraps from the void as it grows, to leave somewhere a furrow, a trace, a mark or a few signs.” I realized I am aiming at something similar.

In tandem,I was also reading A Bigger Message: Conversations with David Hockney by Martin Gayford. In the book, Hockney and Gayford have lively discussions about artistic process, a range of Hockney’s works, and the ways art influences one’s perception of the world. Hockney is a big believer in drawing as process. By this I mean he uses the act of drawing as a way of connecting with the subject, entering a deeper understanding, and of course then capturing it at a specific time and place.

When these two pieces of research fit together, I made an unexpected discovery. As is commonly the case, the discovery now feels very obvious in hindsight but in the moment, I was very much surprised. In the first case, writing is used to understand something very specific, often a type of place (such as an apartment or street) or at an even smaller scale, an object (such a single bed). In the second case, the method was drawing. I have been approaching my research into Asian-American communities in New York through scholarly literature, archives, and other traditional forms of academic research but I realized I wasn’t engaging with the site in a creative way as a primary source. I wasn’t drawing or writing as research. I hope to approach my work to come with this new realization in mind.