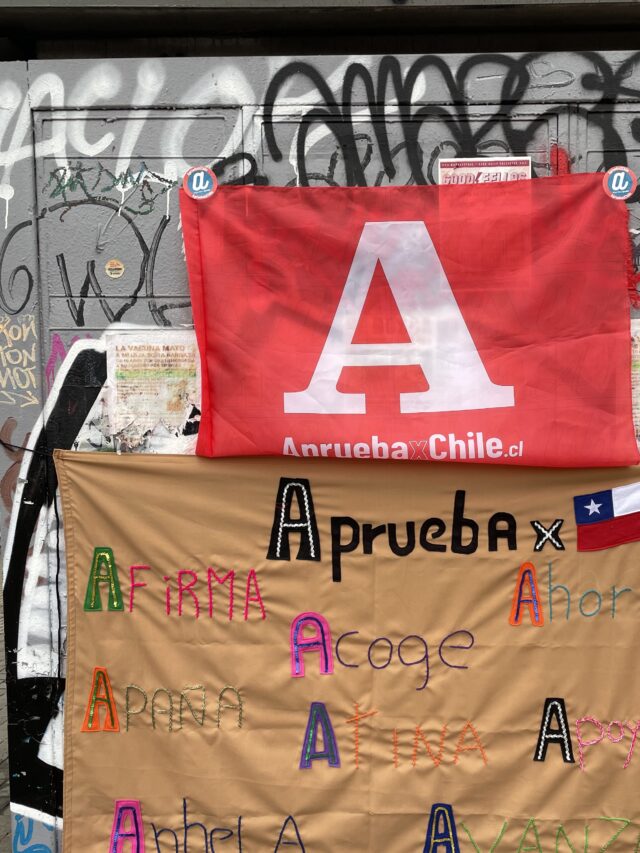 With only three weeks to go before the plebiscite on the new proposed Chilean Constitution and with both campaigns ramping up across the country, I feel that I should still be in Santiago. However, I did not leave behind the connections I made while there and the insights gained from formal interviews, casual conversation, and just being in Chile.

My current focus is digging deeper into the readings and keeping up to date with the developments in Chile. I am also continuing to interview some contacts whom I could not meet while in Chile, and once the plebiscite is concluded, I will be reconnecting with most of the interviewees to understand if or how their views on activism and their own mobilization is affected. A number said that if the constitution is rejected, they expect a street mobilization similar to the estadillo social, with one youth activist saying that she would be even more active if it is rejected. Others seem like they would be hit with a loss of faith. While the result of the 4 September is as of yet unknown, that either result will impact on Chile and beyond is clear. I would love to be able to go back to Santiago for the week of the plebiscite, but the environmental and financial cost make this unlikely.

The learnings from this research project will be feeding into my larger thesis project exploring the role of social movements on climate justice and system change.