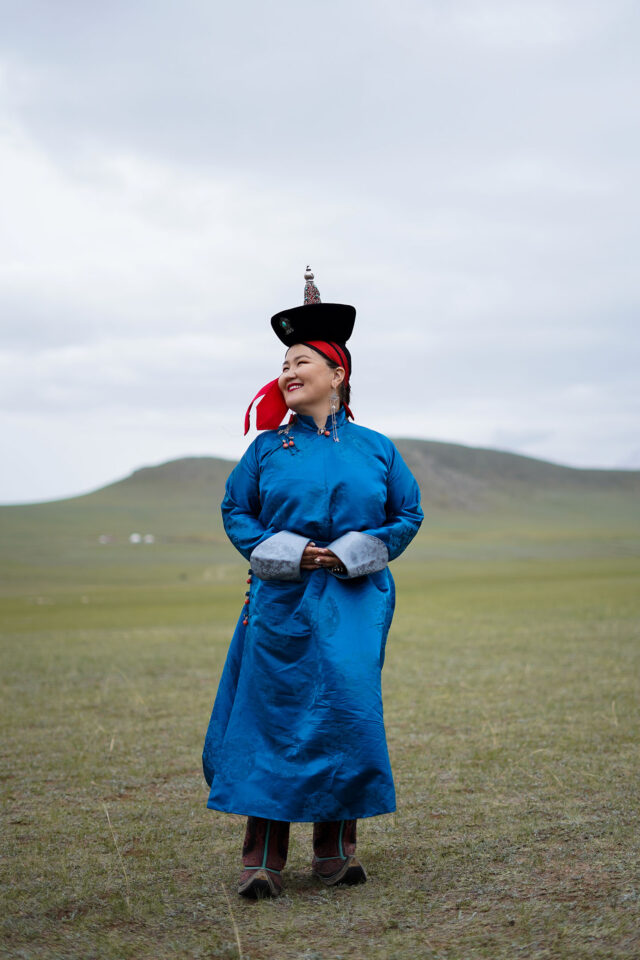 Much has happened in the past month, especially since arriving in Ulaanbaatar on June 29th.

These past two weeks, I have attended several events; traveled to the countryside twice; taken hundreds of videos, photos, and audio recordings; and met many musicians and music scholars.

In Ulaanbaatar and Tov Province (which surrounds the capital city), my friend Sarah and I attended (or crashed?) a wedding, a traditional ceremony for a three-year-old boy’s first haircut, and an extremely large family reunion with over nine generations of cousins (in Mongolia, you cannot marry anyone within 9 generations; family reunions are held every three years to meet distant relatives while also competing in a mini Naadam Festival).

I’ve also had three very intense, two-hour urtyn duu lessons with my friend and teacher Nomin. Together, we’ve been working on “Uyhan Zambuu Tiivin Naran” (“The Sun Over the Placid World”) which is quite a difficult song. Nomin hopes to organize some performances for me in the future although I’m not sure how ready I’ll be in these next few weeks.

From July 5th to 13th, my friend Sarah and I traveled to Dornod Province where we visited my Buryat friend Banka. Together with Banka’s brother, we drove to Bayan Uul Sum and the Russian border before heading to Dashbalbar sum where Banka grew up. We stayed there for most of our trip to watch the local Naadam, a festival that celebrates the three traditional sports of Mongolia: horse racing, archery, and wrestling.

Unlike Inner Mongolia, where local Naadam festivals can occur anytime during the summer, Mongolia has made Naadam a national holiday–small and large-scale Naadams occur during the same one week period. This year, the official holiday dates were July 10th to 15th. While the actual sports events typically just last one or two days, the festivities continue throughout the week. Dashbalbar’s Naadam sport events happened on the 10th and 11th, but Sarah and I also attended concerts, gatherings, and disco parties before and after the official Naadam dates.

In terms of my project, I’ve primarily been collecting videos, photos, and audio files to use as a set in my musical. I was also very fortunate to meet with some Buryat elders in Dornod to discuss Buryat history.

I am now in Ulaanbaatar and enjoying city life for a few days before planning my next trip to the countryside. I am thinking about going to the west or south, but it will depend on where and when my friends can take me. For the remainder of my project, I hope to focus on collecting more audiovisual material and conducting some interviews on urtyn duu and identity. I also plan to start writing songs for my musical in the next week.