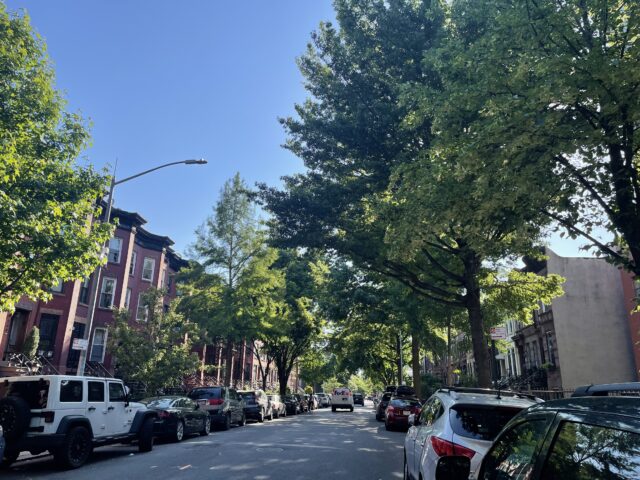 After a couple initial conversations, with two participants and one mentor, a key part of my research process has been refined. I had been entering into conversations with participants attempting to combine into one question what the participant’s definition of home is, what about being Black in Bed Stuy makes home for them, and how much of this was the neighborhood. I was fumbling over the question and participants were confused. I had a discussion with another artist about different types of home-making processes Black people in the US have had at different times throughout history. We discussed how different definitions of a diaspora can be––a person whose parents were born in the Caribbean, a person whose lineage is traceable to an African country, and (like me) a person whose ancestors seem to have just popped up in the US a few generations ago. Really naming all of these possibilities to my research pool and considering how they may all conceive of home and roots differently helped me pull back and begin interviews with the question of what home means to them. It seems simple, but this refined first question generally leads to revelations about the community and identity––racial or otherwise––that I was trying to fit in all at once. I had a great interview with a neighbor after this discussion in which she told me her concept of home is community and being with people with whom she has things in common, and being a part of the culture of Brooklyn and New York in general. She said it was family for her as well. From there we got to talk about her experiences with all of those things. I am worried, though, that someone else may not be so forthcoming, and I’ll have to make the connections myself. But I also want to be wary of not projecting ideas or putting words in anyone’s mouth. I want to be open to what participants have to say about their experiences and delve deeper into what they give me, not try to prove a point. The research aspect is difficult to contend with there, because I am not researching hard facts to prove a thesis, I am making space for the telling of stories and collecting data from lived experiences. I am open to what people give me and will come back with updates when I start the analysis process!

A photo of my street – I’ve done two interviews with participants on this block so far, and one of the women wants to introduce me to her son to interview him. I will have some photos of participants themselves to show soon.