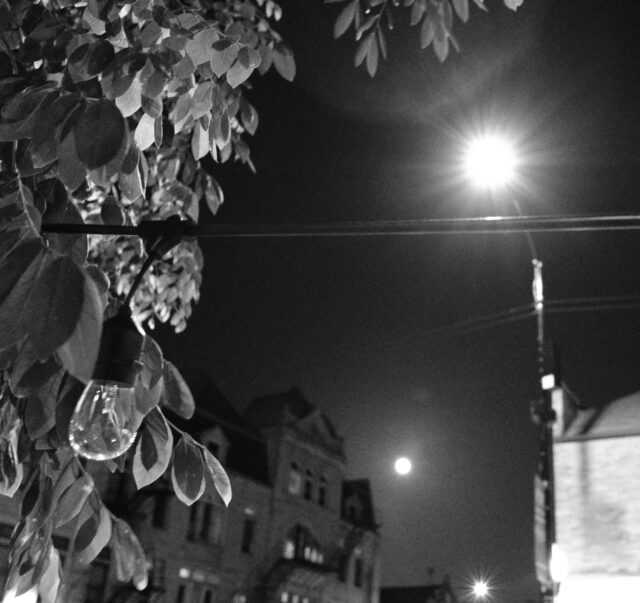 After receiving feedback from various Gallatin faculty and guidance from Irene, my project has shifted direction a bit. I am still looking at excess light pollution in low income / black and brown communities in Chicago as a mode of environmental racism, but the lens in which I approach this topic has morphed.

There are a few new angles that I have been exploring. First, I am interested in the collective social consciousness of seeing light as both an immaterial presence and a metaphor, and how this has influenced social perception of it. Additionally, I have been exploring the positive effects and attributes of light, drawing on various disciplines like religious studies and biology to explore its history of benevolence. I also have been researching the conception of artificial light as a celebration of wealth, and how this fits into the aforementioned positives. By establishing essentially the opposite of my thesis, it grounds the argument I am posing that light is a material, that it is not static and that it can be used as a weapon. This gives me the framework to dissect the common perception of light as an unquestionably good thing by exploring the intentionality of employing or seeking out the light itself, how the benevolence of light is rooted in subjectivity of the individual.

Second, I have been researching the destabilizing effects of light, how it has been used historically as a form of ad hoc torture in places like Guantanamo Bay and the Abu Ghraib prisons in Iraq. My approach has widened from not just the environmental side of light pollution but also how the weaponization of light—or using light as a psychological and physiological torture device—can be and has been used as a mode of interrogation, imprisonment, and surveillance.

Third, I also think it is critical to analyze my own positionality and ethics as an artist and ethnographer. While exploring light as a form of interrogation, I have been grappling with what it means for me to be going into these communities as an outsider and a photographer seeking to document the living conditions therein. I have yet to make sense of this conundrum—that my project may make me into part of the pollution itself. While there is no way to really offset this, I hope to at least highlight some of the existing art, photography, and artists in these communities. In doing so, it helps keep the human element of this all front and center, so neither I nor the viewer loses sight of who this is for. Regardless, I have a big task ahead of me for understanding and/or establishing a code of ethics for studying a city. I intend to meet with a few more professors who might be able to help me sort through this.

I still intend on digging deeper into these topics, and will also be more deeply delving into the fields of environmental psychology, or how the built environment influences the way humans engage with their surroundings, others, and themselves, and urban anthropology, or the various cultural, social, economic, and political systems and identities that inform the landscapes of our cities. Through these perspectives, it will help ground the psychological and sociological elements of this project.

Finally, the creative component has also morphed a bit. Instead of two separate but related entities, I intend to have the academic component bloom out of the imagery I procure. While I am still waiting on a few key pieces of equipment to arrive, namely the Tiffen Pro-Mist and Glimmer Glass diffusion filters for my camera along with the proper step-up attachments for my lens, I have still been going out and exploring some neighborhoods and sites of interest to return to. I will go ahead and attach a couple preliminary shots/angles/places, but emphasis on preliminary! I still have a long way to go to articulate a precise vision for the visual components. I will also include some work from artists in the area that have been inspiring me.

Coming from a background in photojournalism and street photography, Englewood-based artist Tonika Lewis Johnson has led several social justice-related creative projects in her community and throughout the South Side. I intend on reaching out to her to discuss my own project and her thoughts on it.