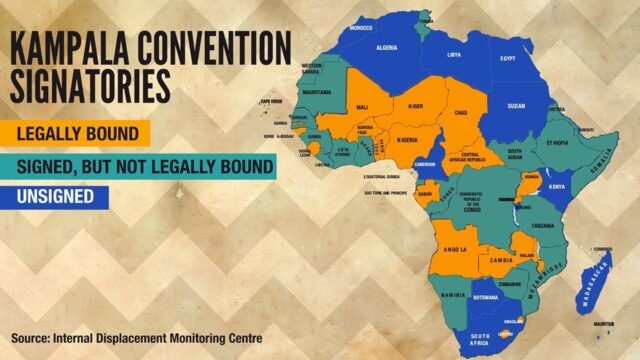 My research this summer hones in on Environmentally-induced displacement in the Northern region of Ghana. Approaching research from an anti-colonial lens, especially in a world still rife with the remnants of said colonialism, can easily feel like a near impossible feat. In an attempt to curb this issue, I have dedicated the last few weeks of my research to reading pieces that give readers the historical context of the environmental policies that currently govern Africa—specifically the Sub Saharan African region. One literary work that has informed my research is Suzi Mohammed Rashad’s “African Climate Refugees: Environmental Injustice and Recognition”. Rashad’s research emphasizes the insufficiency of environmental justice present for Africans most susceptible to environmentally-induced displacement. She introduces readers to terms such as “ecological security” and “environmental justice” to anchor her definition of “environmental refugee”, and its relationship with the field of international relations. Through her work we see the importance of Green Theory or “Green International Relations Theory”, an approach to environmental issues that posits that the unequal distribution of environmental risks between nations, requires more direct efforts to stall continued environmental deterioration. Green theorists believe environmentally-induced injustices to be a result of continued environmental injustices as a whole. Similarly, specific treaties and proclamations address the intersection of internally displaced people (IDPs) and environmental violence and injustice. “The African Union convention for the protection and assistance of internally displaced persons in Africa”, or the “Kampala convention” was an agreement adopted by the special summit of the union in 2009. This convention acknowledged the existence of internally displaced people and the measures needed to alleviate the turmoil and prejudice they face. Moving forward in my research, I hope to unravel the role the Kampala Convention played in igniting more research into internal displacement and in effect, the greater conversation of environmentally-induced displacement.