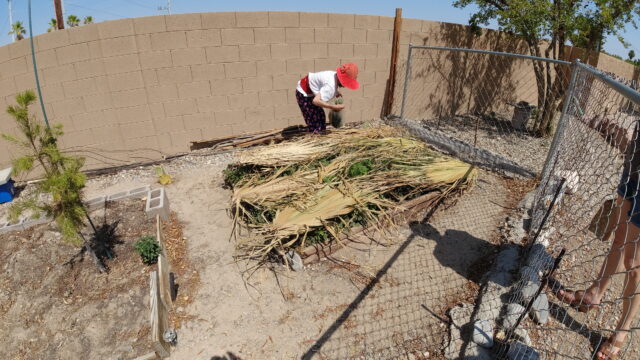 In The Overstory, Richard Powers personifies trees and created a fable centered around adventures among trees and people from all walks of lives trying to protect the last remaining ancient redwood forest in the US. The novel provides a refreshing perspective as it decenters the human as the source of all meaning and value; instead, it provides a spotlight for fictional portrayal of the hidden life of trees and nature. During PBS’s interview with Powers, he declares the book challenges “human separatism” which treats human and non-human objects separately, “brings tree time and human time together”.The book itself also serves as a work of activism for the natural world. The novel is an inspiration for my research as it represents the Interdisciplinary study and expression of art and science. There are many layers of meta meaning of this work that inspire my research approach, background, and context. First, I considered the novel to be an art for ecology and the novel itself is the medium that carries the message that Powers tries to convey through the story telling. The intent of the novel is interesting and meta as well – Powers used to be a professor at Stanford University and during a hike through redwood forest in Santa Cruz area he learned there are very few old growth forests left in the US. The experience made me move across the country to reside closer to nature and trees which serves as an interpretation and reaction to the work itself. Secondly, Powers’ lens of storytelling with scientific facts of trees and forests are enlightening. In the novel, he provides a large quantity of factual and scientific description of the trees mentioned in the novel. Powers carries a background of Physics and computer programming which resonates with my background from the engineering and science curriculum. In my artwork creation piece of the research I would try to provide my mathematical and scientific perspective to investigate art as it relates to nature and the environment’s impact on artists and their work. Thirdly, the novel triggers and changes readers’ perception and emotions relative to trees, broadly towards nature as well. During interviews with Powers, it was mentioned that the readers respond deeply towards the novel and are eager to share their personal experiences and stories that are related to trees and the novel. That marks the nirvana state of what an ecologic art try to accomplish.

Here are some quotes from The Overstory that I consider extremely artful and inspiring:

“Its needles scent the air and a force hums in the heart of the wood.

Something in the air’s scent commands the woman: close your eyes and think of willow. The weeping you see will be wrong. Picture an acacia thorn. Nothing in your thought will be sharp enough. What hovers right above you? What floats over your head right now – now?”

Andy Goldsworthy, British sculptor, photographer and environmentalist, specializes in ephemeral sculptures made from elements of nature. Goldsworthy’s work represents some of the most iconic ecological art. His art format of expression through nature objects serves as “north star” for my artistic output for the summer research. The documentary largely resonates with me in following areas: first is the entanglement of individuals and environment. When asked about relationships between humans (we) and nature, Goldsworthy responded that “we often forget that we are nature. Nature is not something separate from us. So when we say that we have lost our connection to nature, we’ve lost our connection to ourselves.” Second is the art created using natural objects. My research plan consists of time and location bound and collecting and harvesting nature objects to create the art installation. I learned about the documentary last semester during my Open Art class and I recently re-watched the documentary and realized I have been following a similar path of creating art using nature objects that don’t last for a long time. Last but most importantly, the form of documentary aligns with my approach to art creation beyond for the summer research project as I believe the documentation will help me as an artist and a scientist or an investigator to view the topics in various angles.