Based on the past month I spent in Guinea, I argue that it is not financial reasons that are pushing Fulas to leave, it is the lack of security for investments and resources created by the Guinean government that forces people to leave. From independence to the end of the 1980s, Guinea was a communist country. Guineans weren’t allowed to conduct business and only relied on the resources the government distributed. According to one of my interviewees, the government wasn’t providing enough for families to survive. The interviewee shared with me her experience trying to sneak into Senegal from Guinea. During Sekou Touré (also the period of communism) many Guineans were fleeing to nearby countries. As a result, Sekou Touré closed the border, forcing people to hide and leave. While on her journey, the interviewee shared that they went through the bushes and when the military saw people, they shot them. In the early 1990s, Guinea adopted a capitalist system and legalized trading and commercialism. While in Conakry, I spent some time in Madina, the biggest commercial center in Conakry, talking with businessmen. Many of the businessmen expressed that there are a lot of opportunities to make fast money in Guinea, however, the risk is extremely big. Paying taxes for your business can be overlooked by authorities if they are bribed, there are a lot of real estates available for purchase and many more advantages in Conakry. However, the same way there are opportunities for fast money, investments are quick to be damaged. Guinea constantly experiences political unrest. According to one of my interviewees, he doesn’t see growth for his business because of the constant political violence. The interviewee business is located in Bambeto, the main site for violent protests in Guinea. During protests, businesses and homes are destroyed. The interviewee expressed he wants to go abroad to get enough capital to move his business and expand it. If his business remains in Bambeto, it will soon be destroyed by the military. While in Guinea, I learned that a lot of the Fula businessmen either started school and not finished or received degrees and cannot get jobs for what they studied for. As a result, the commercial sector in Guinea is dominated by Fulas because that is the only way they can get fast capital to support themselves and their family. The Fulas that are willing to accept the risk of an unstable government stays and creates businesses, those that can’t, leave but still contribute to developing Fouta Djallon. Every single interviewee expressed that it is the businessmen that developed Fouta. All of the beautiful houses, solar panels, running water and a few bridges were created by the locals. 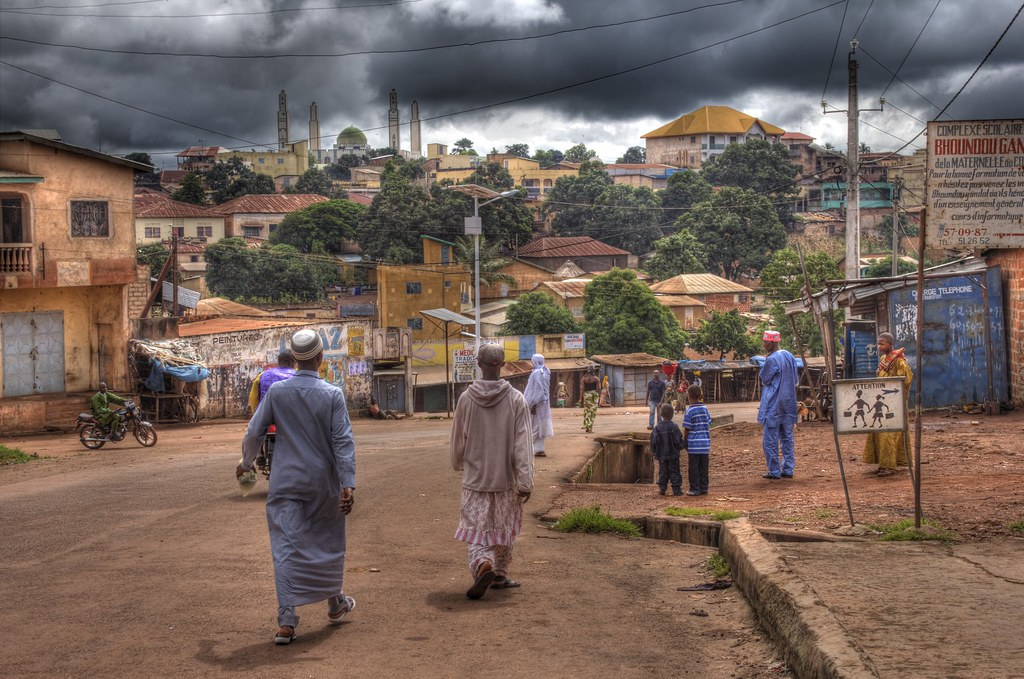