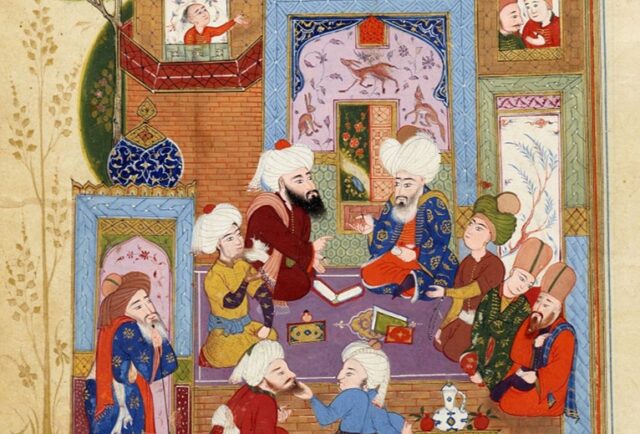 This past month, I have had to adjust some of my research plans. I was supposed to have conducted the oral history component of my research by now, but unforeseen scheduling conflicts with my subjects have forced this component to be pushed back to late July. Instead, I have used this time to discover more texts with symbolic reference to olives, and have been able to draw more concrete connections between my researched texts. I didn’t anticipate the literary research component going on for quite this long, but it has turned out to be a much needed extension.

Sometimes my research will lead me to strange places. I see olives in unexpected corners. Yesterday I stumbled upon the children’s book, “Olive, the Other Reindeer.” The book begins with Olive, a terrier, mishearing a line in “Rudolph the Red-Nosed Reindeer”––she thinks “all of the other reindeer” actually says “Olive, the other reindeer.” And thus begins Olive’s journey to the North Pole in bringing joy to God-fearing children around the world! I let myself get caught up in this distraction and read the book full-through. It was quite an amusing children’s tale, filled with adventure and misunderstanding, unforeseen events and eventual happiness.

A lot of my research revolves around the narrative tradition of poetry, and the idea of “Olive” as a given name got me thinking about the symbolism and ancient meaning imbued in many proper names. Though Olive is quite a contemporary, Western name, naming––both the words themselves and the act of selection––is a wide-spanning, ancient, narrative tradition, one we pass down to our children like folk tales or religious storytelling. In Persian poetry, the poet often refers to himself or herself by name at the end of a poem as a sort of signature. This is the case for all traditional ghazals, and holds true for a lot of Ottoman “diwan” poems as well. Rumi, the famous 13th century Persian poet, often refers instead to silence at the end of his poems. Five hundred odes end with “khamush”––silence. Rumi is less interested in the language of naming than the source of it, paying tribute to the spaces we find and lose meaning. What is the name “Olive” without soil to root? What is the self without silence?