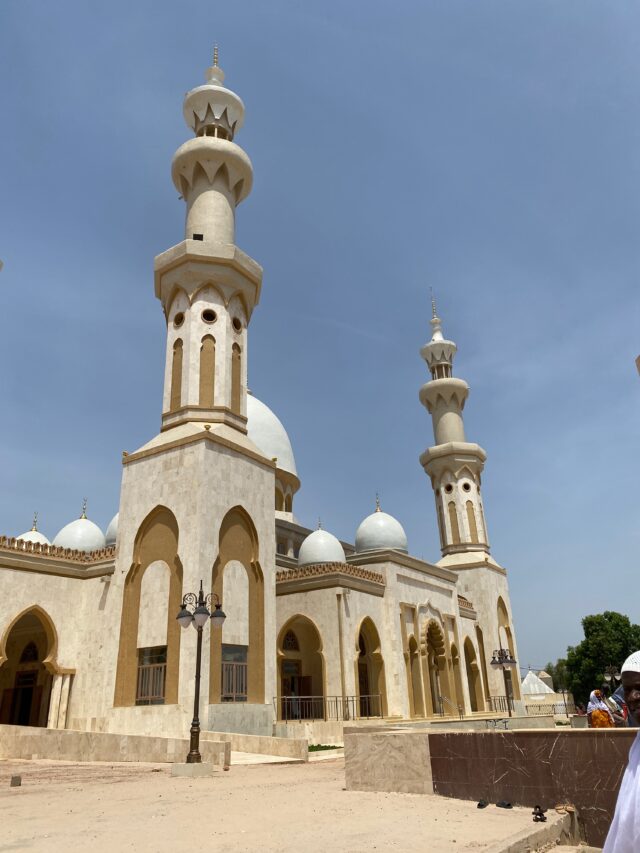 My time in Senegal has been a tremendous learning experience for me. To better understand the daily life and conditions talibé children face in Senegal,  I’ve gained historical and political knowledge on how Senegal has dealt with and is currently dealing with the issues that talibé children face. My research has also shaped the way I see the terms “talibé” and “daara” along with its literature that has been dominated by negative discourse.

A few weeks ago, I had the opportunity to visit an all-girl daara in Porokhane, Senegal and although I had not originally planned on using it in my research, I’ve found it useful to my understanding of daaras and talibés. The daara houses young girls all named after the prominent Senegalese figure Serigne Touba’s mother and Mouride saint Mame Diarra Bousso. The daara is constructed as a campus, where the girls are taught the Quran, housed, and cared for in case of a medical emergency at the health center located on the campus. Additionally, they are allowed breaks throughout the year to return home for holidays. My visit to Porokhane encouraged me to consider the original purpose of being a talibé and being housed in a daara — strengthening Islamic knowledge. Sadly, not every talibé has access to daaras with funding. In the capital city of Dakar, children line the streets begging at any given time in the day.

Earlier this month I met with director Niokhobaye Diouf of the Promotion des Droits et de la Protection des Enfants (Promotion of the rights and protection of children) who gave me insight into how Senegal has dealt with the issues regarding these children. Although previous legislation and bills were enacted, many have failed to provide a lasting or adequate solution. Specifically, in the case of cracking down on daaras, these bills have been met with pushback from some members of religious brotherhoods in Senegal. Despite Senegal being a secular country, the majority of its citizens are Muslim.  Our conversation encouraged me to consider the interactions between religion and government in Senegal, and how they might influence each other. Much of the information I have gathered thus far highlights the conflict between the two and how it has affected progress in protecting talibé children.

Moving forward in my research, I want my project to further highlight the difficulties between the institutions of government and religion and how it has shaped public opinion. More importantly, how has this affected the children?