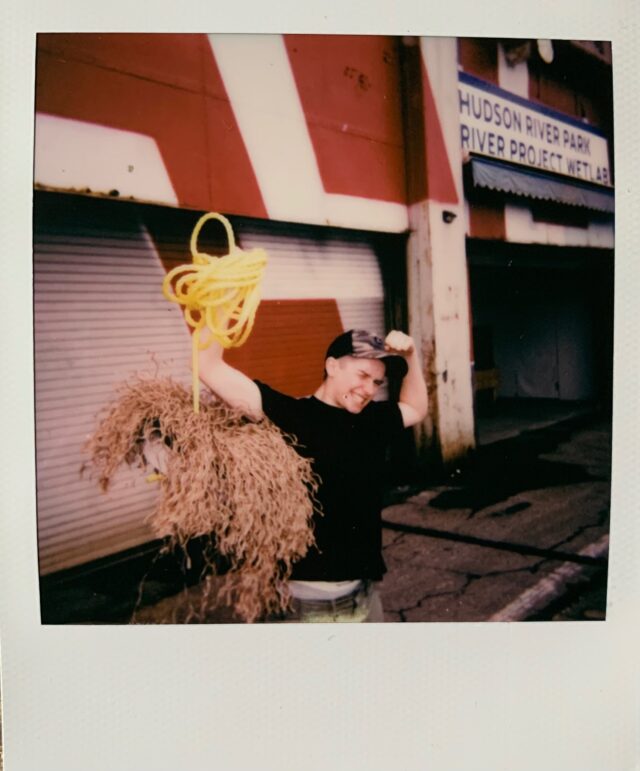 It has been another month of struggling against conservationist organizations in order to reach the American Eels that swim and feed in the New York Harbor. I have spent this time developing my annotated bibliography for the research paper and informing my research with the works of multispecies scholars.

I’ve also had the pleasure of speaking with Una Chaudhuri and Becca Franks about the American Eel and collaboration in a multispecies context. Una’s current work explores “ecospheric consciousness”: “ideas, feelings, and practices that attend to the multi-species and geo-physical contexts of human lives.” A pioneer in the field of “eco-theatre,” she was more than happy to speak with me about my research project. Una gave me guidance towards scholarly sources that would aid my research paper, as well as suggestions to engage with multispecies art groups, such as Dancing with Dolphins. She insisted I speak with Becca Franks, a research scientist of Environmental Studies, whose work involves uncovering fundamental patterns of well-being that apply across species, particularly focusing on issues related to fish and aquatic animal welfare.

When I met with Becca, she said she had wanted to speak with me because she thought, “we’re oddly almost in exactly the same space” in our work. She explained that the two of us, in our own ways, were coming into something largely new but hugely important. This feeling is what she described as “this core sense that we’re on the edge of paradigm change. Either that paradigm change could be the end of the planet as we know it, or the paradigm change could be needing to radically reconfigure our relationships with each other and the non-human entities on this planet.” Like Una, Becca gave me several scholarly sources to use in my research paper, as well as more practical advice for how to engage with marine wildlife. She suggested I watch hours and hours of videos of eels to familiarize myself with their behavior and language in preparation for encounters. She reminded me that, although the bright minds of multispecies academics are important, it’s just as (if not more) important to allow the eels themselves “to surprise you and lead you.” We talked through potential roadblocks like seasonal shifts in population density and the age of the eels themselves. Although we both recognized that forming meaningful relationships with marine wildlife was a challenge, Becca introduced me to a Mary Oliver quote to inspire my continued research:

“There are things you can’t reach. But You can reach out to them, and all day long.” Mary Oliver

Once I finally received my scientific collection permit from the Department of Environmental Conservation, the Hudson River Park’s River Project and I hosted an eel mop building party. I invited my girlfriend, T, who served as a photographer and “documentarian,” as well as my friend, Slater, who was our resident country boy with muscle. Toland Kister, a staff member at the River Project, organized the event beautifully and provided all the supplies we needed (and plenty of guidance).

T, Slater and I were able to complete one mop for my research, as well as work on two others for the River Project to use. It was nice to get our hands dirty and enjoy the river for the day. We got to see small, silver schooling fish gather around the pier, and even got a special tour of the River Project’s flow-through aquarium. Toland warned me as we approached the building, “We actually caught an American Eel just yesterday. It must have known you were coming…”

She was resting her long, heavy body on the bottom of the cloudy tank when I approached. I crouched next to her and watched her darting eyes and her flitting pectoral fins. The tour guide mentioned they’d be releasing her soon, as a seaward-bound migration for mature eels is expected within the next two weeks. I noted that as a possible opportunity for observation and continued to watch her rest. Finally, she stirred up some sediment as she flicked her body up through the water. Her mouth opened as she poked her nose out of the water. She was ready to make her journey home. Her reddish dorsal fin sliced through the water like a translucent ribbon woven with spidery veins. She looked strong, like she could knock me over. I was reminded to the wide, muscular chests of pit bulls and Rottweilers and the aerodynamic skulls of Greyhounds. She raises the same questions as airplanes and cruise ships: “How do they float like that?” I took several videos of her disappearing and reappearing again from the green, brackish water. Was she playing with her visibility? Teasing her audience with her subtle beauty? She whipped her head back and undulated her little fins to pat the water down and away. Her mouth opened once, twice, as she rippled the length of her body, sending her into the murkiness again. So unaccustomed was she to the gaze of onlookers, that she became no longer interested. She sank to rest once more in the anonymity of the cloudy Hudson River water.

In my head, I thanked her for letting me see her before she began her journey to the end of her life-cycle.

Finally, I parted with the eel. I was so relieved and thankful to be able to bring home a mop and begin my observational research. I’m looking forward to this next step in the process!