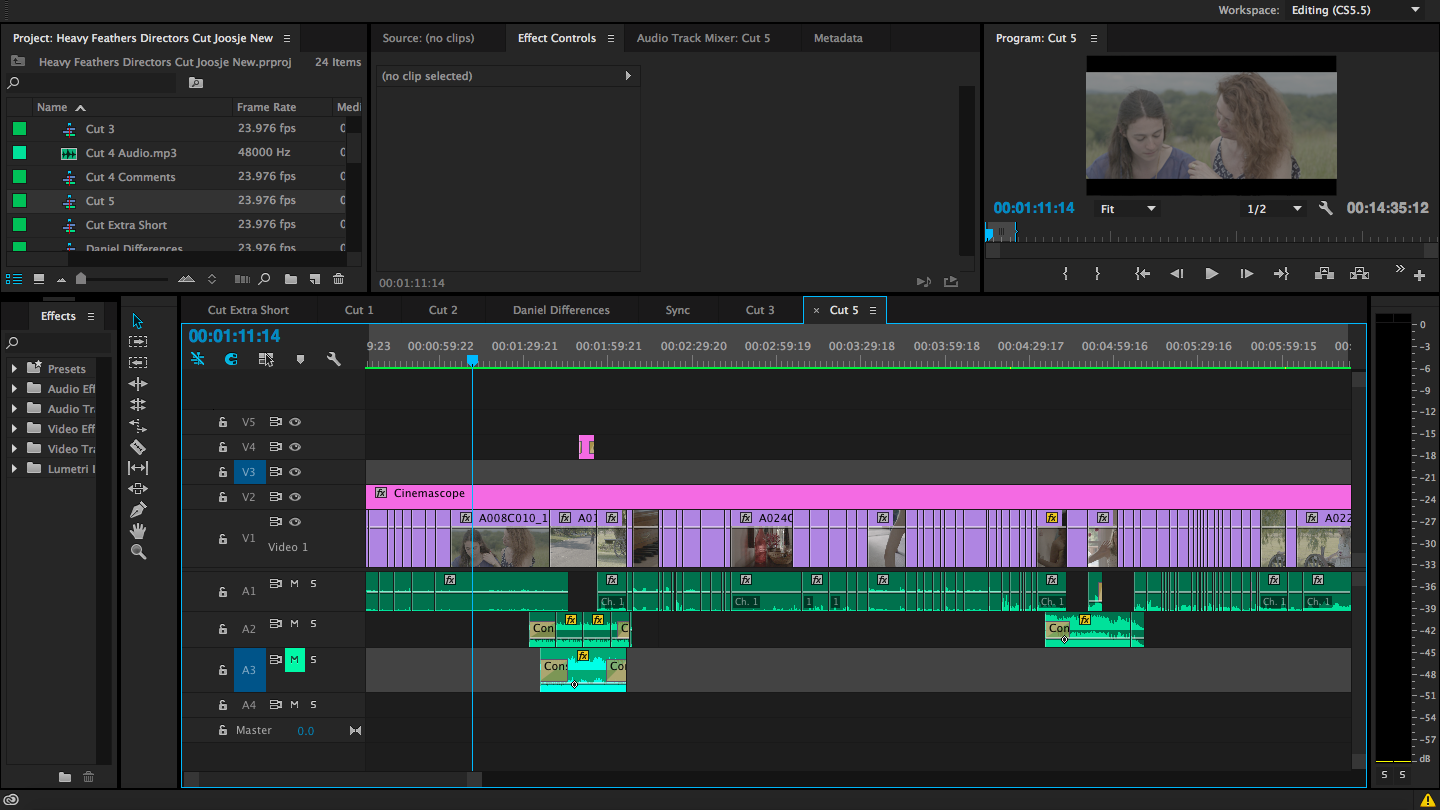 As I wrote in my post before, I’m currently in the post-production phase for my short film Heavy Feathers. I have completed four cuts so far, and I received notes from my crew, family, and film friends. The process of editing has been extremely exciting, because the film finally started to feel as one product instead of all these separate pieces, but it’s also been the most challenging part of the process, because there’s endless possibilities and it can be very tough making big scene choices, because the story is so dear to me and it’s becoming hard to look at it objectively.

One of the hardest parts for me is dealing with the feedback I receive. When watching the film, some of my friends and peers felt like it was already a finished project, but others thought it was just a great start and there was a lot left to improve. I know that when I watch a movie with a group of friends in theaters, we always have different opinions afterwards and different ideas on what could have been better, but now that it’s my own film, it’s hard to decide which comments are the most useful, and which ones I don’t want to incorporate. However, my producer and I had a long Skype call about it (I’m in The Netherlands while everyone else is in The States with a six-hour time difference, which makes things a bit more complicated!) and she reminded me that in the end, it’s my project and I should follow my own heart, which is what I’m going to do.

In the first two cuts, I combined my editor’s work with my own, and the result was already a lot better than my first cut. My producer then reminded me that getting into festivals is often easier with a short film under 15 minutes, so I then cut from 15:45 to about 14:30 (to leave room for credits) which was actually a lot easier than I thought it would be, because there were a lot of scenes that I could cut a bit tighter. With my fourth and now fifth cut, it’s mostly been changing little things to see what works better, but I know the storyline so well now that it’s sometimes hard to find new surprising twists and alternative shots. That’s why it helped to show the film to people who hadn’t read the script and didn’t know what the story was like at all. I haven’t watched the film for a couple of days, and hopefully when I work on it again today, I will see it with a fresh pair of eyes 🙂

Hopefully I’ll be ‘picture lock’ soon, which means that I’ll move on to color correcting and audio design!