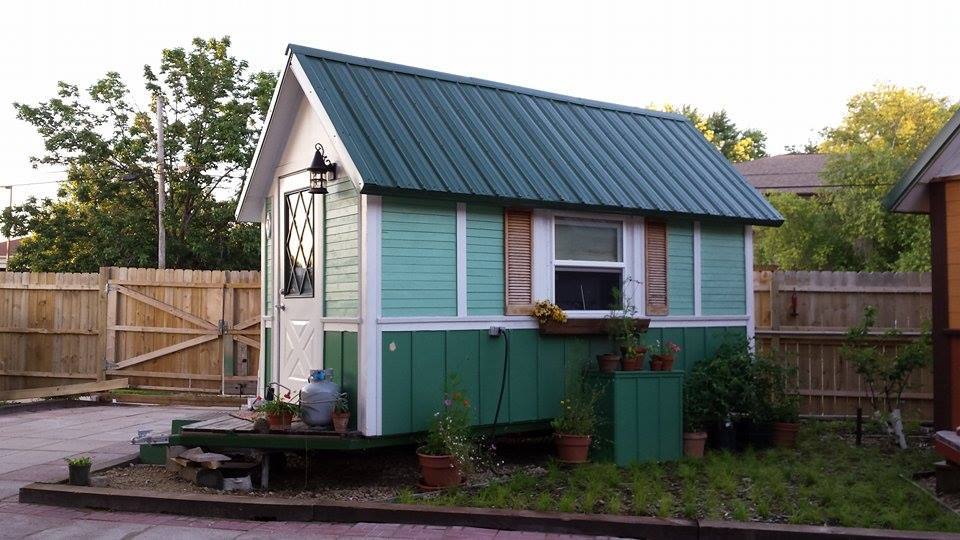 Hello, I’m Brendan. I’m a rising Gallatin senior studying design and sociology. I am on a journey across the U.S. in an old beat-up Jeep with my fabulous partner, sound tech, cinematographer, salad-maker, tent-pitcher, etc. etc. Luna. We are searching for Tiny Houses.

My research project was proposed as an exploration of the potential of Tiny Houses, specifically Tiny House communities in the United States. I will be filming, conducting interviews, documenting, and hopefully chatting around campfires with some Tiny House people to see what wisdom this architectural trend and its people can bestow. By way of context, although definitions are loose, a Tiny House is a house that is somewhere in the range of 100 to 400 square feet and is often built on a trailer to avoid building codes and zoning laws associated with traditional foundation-based construction. Often homemade, some of the first of these houses were touted as a response to the mortgage crisis; others are the manifestation of dreams to live a more eco-friendly, off-the-grid, downsized, and free life. Some Tiny Houses are mobile and some are not, but many of them have made their way onto the internet where they have become a shareable phenomenon… So much so that Portlandia thought they were worth a spoof that can be seen here ~~ https://youtu.be/16QAXxpM2qE

The O and M stand for Occupy Madison. The concept of the community was developed in the aftermath of Occupy Wall Street as a response to the predicament of people who had participated, but as the camps came down, had no where else to go. We spoke to Luca Clemente, OM Village vice president “not that that means anything here” he said laughing, about what OM Village really is. He regaled us with stories of wrestling bureaucratic beasts named ‘zoning laws’ and ‘NGO status approval,’ the chaos of acquiring the old septic car garage which was unrecognizable as the building we were sitting in, and the process of ‘beautification’ to make the village amenable to the neighbors. In the adjacent yard behind a new wooden fence sat four beautiful Tiny Houses, painted different colors and with very distinct personalities. Three are lived in and one is acting as a communal kitchen. The way it worked was that people could volunteer with the group and after an allotted number of hours they earned a house. In practice homeless people with strong ties to greater Madison community are empowered and helped to build a house of their own while joining and strengthening the Village.

That evening we sat down with Luca and about eight other residents and volunteers to enjoy a community potluck. The conversation wandered from politics to Kombucha brewing to the new honey bees on the roof to “please pass the mashed potatoes.” Much later I realized that about sixty percent of the people at that dinner were technically homeless, which struck me because–other than through specific volunteer relationships or chance encounters in Washington Square Park–I had rarely had such genial and intimate interactions with people who were, or once had been, without a place to lay their head at night. It was a humbling experience, but also filled both Luna and myself with gratitude for their hospitality and the work OM Village was doing. There was a recognized understanding that an apartment building or a shelter might have gotten more people off the streets faster. But after spending time in OM Village, touring the houses, and talking with their proud owners (and builders!) about the herb garden growing off their windowsill or the birdhouse they had built for the store, the not easily quantifiable–but no less valuable–worth of the OM design was palpable in the air, like the buzzing of happy bees.

I’m currently sitting in a cafe outside of Rapid City, SD with my nose pointing Westward. I look forward to visiting and learning from the many more villages and Tiny Houses on the road ahead.

4 thoughts on “A Tiny Village in Madison WI”