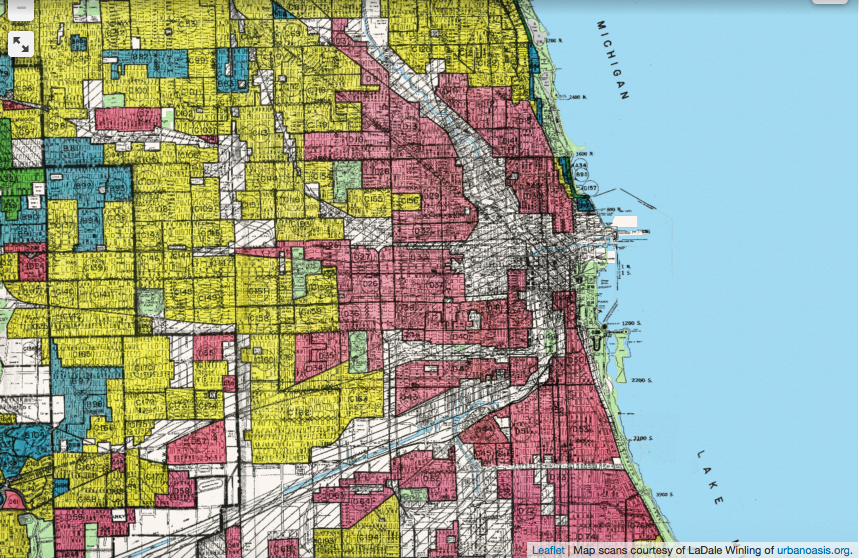 Hello, my name is Alex Hansen and I am a white, middle-class woman studying theater and social justice. My proposed summer research project was to interview the incredible women who are leading the Black Lives Matter movement. To begin this research, I needed to first understand more about the history of oppression of people of color in this country. While I had a basic understanding of this from history and sociology classes, I have learned so much more since beginning this project and reading in depth the many ways institutionalized racism has been carried out in this country.

One of the first things I read was Ta-Nehisi Coates’ The Case for Reparations. The subtitle reads

“Two hundred fifty years of slavery. Ninety years of Jim Crow. Sixty years of separate but equal. Thirty-five years of racist housing policy. Until we reckon with our compounding moral debts, America will never be whole.”

Coates is an eloquent writer, and The Case for Reparations certainly showcases this. Outside of that, though, Coates has set out to make a case and has armed himself with more than enough facts to do so. I personally was more than convinced. Despite how disenchanted I am with the United States’ as a whole, there was plenty in the article that still surprised me, including but not limited to the realities of discriminatory housing practices and the fact that for the past 25 years Congressman John Conyers Jr. has introduced a bill calling for a congressional study of slavery and its lingering effects at every session of Congress and it has yet to be passed. This bill simply puts forth the idea of researching the effects of slavery and the possibility of reparations, and still no one wants to pass it. After reading Coates’ article I wanted to share it with everyone I knew, particularly family members I had previously discussed things like affirmative action with. Yet I also wondered if being able to read about this would actually change their minds, or if their immediate reaction would be defensive. I began to wonder how one communicated the necessity of change to those who thought things had already changed enough.

Reading Coates’ article gave me solid facts as to how discrimination continued after the Civil Rights Movement despite what we (white people) like to think. Further readings complicated my understanding of how people were thinking about civil rights and how they would best be implemented. I read several essays in Critical Race Theory, most of which referenced Brown v. Board at some point. Whether this was to talk about the slow and unsteady implementation of Brown v Board through many other cases in individual districts, the quality of the newly integrated schools, or whether integration was really a helpful goal, all of these essays complicated what had always been taught to me as a relatively straight line through history. One of the essays that struck me the most was Alan David Freeman’s “Legitimizing Racial Discrimination Through Antidiscrimination Law: A Critical Review of Supreme Court Doctrine”. What has really stuck with me is his explanation of the two perspectives of racial discrimination, the victim and the perpetrator. Basically the victim perspective holds that discrimination exists based on the conditions of social existence as member of a perpetual underclass. The determination for discrimination depends on the victims experience. The perpetrator perspective, on the other hand, sees discrimination as a series of actions inflicted on a victim by a perpetrator. In this situation, someone must intend to discriminate against someone else, which proves to be impossible to prove in many situations. I find this really applicable to many of my discussions with other white people, particularly older family members, though sometimes with people my own age. “I never owned slaves, so why do I have to pay for what other people did?” They see things like affirmative action as empowering people of color at their expense, even though they as individuals did not “do” anything wrong.

Much of my preliminary research has me thinking about how to communicate this information to white people who are not going to take the time and read several books and many articles about this subject. This is something I am going to carry with me as I continue this project, particularly because as a white person I think it is my responsibility to share what I have learned in any way possible. I have also been inspired by so many of the talented, thoughtful, passionate and strong writers I have encountered thus far. If you’re interested I would recommend checking out Ta-Nehisi Coates’ writing at The Atlantic (http://www.theatlantic.com/author/ta-nehisi-coates/), all of the work by the Crunk Feminist Collective (crunkfeministcollective.com), Professor Zandria F. Robinson’s writing (http://newsouthnegress.com/), and the information on the Black Lives Matter site (blacklivesmatter.com). The first three I recommend based on the fact that they are current, poignant, and often humorous. The last one is a good reminder of why the movement began and why it needs to continue.

If you have any reading recommendations for me I would love to get those. I think I could spend the entire summer reading and have just touched the surface of all the incredible work that is out there, though I am hoping to move forward with some discussions in the near future.

3 thoughts on “Complicating my view of history”