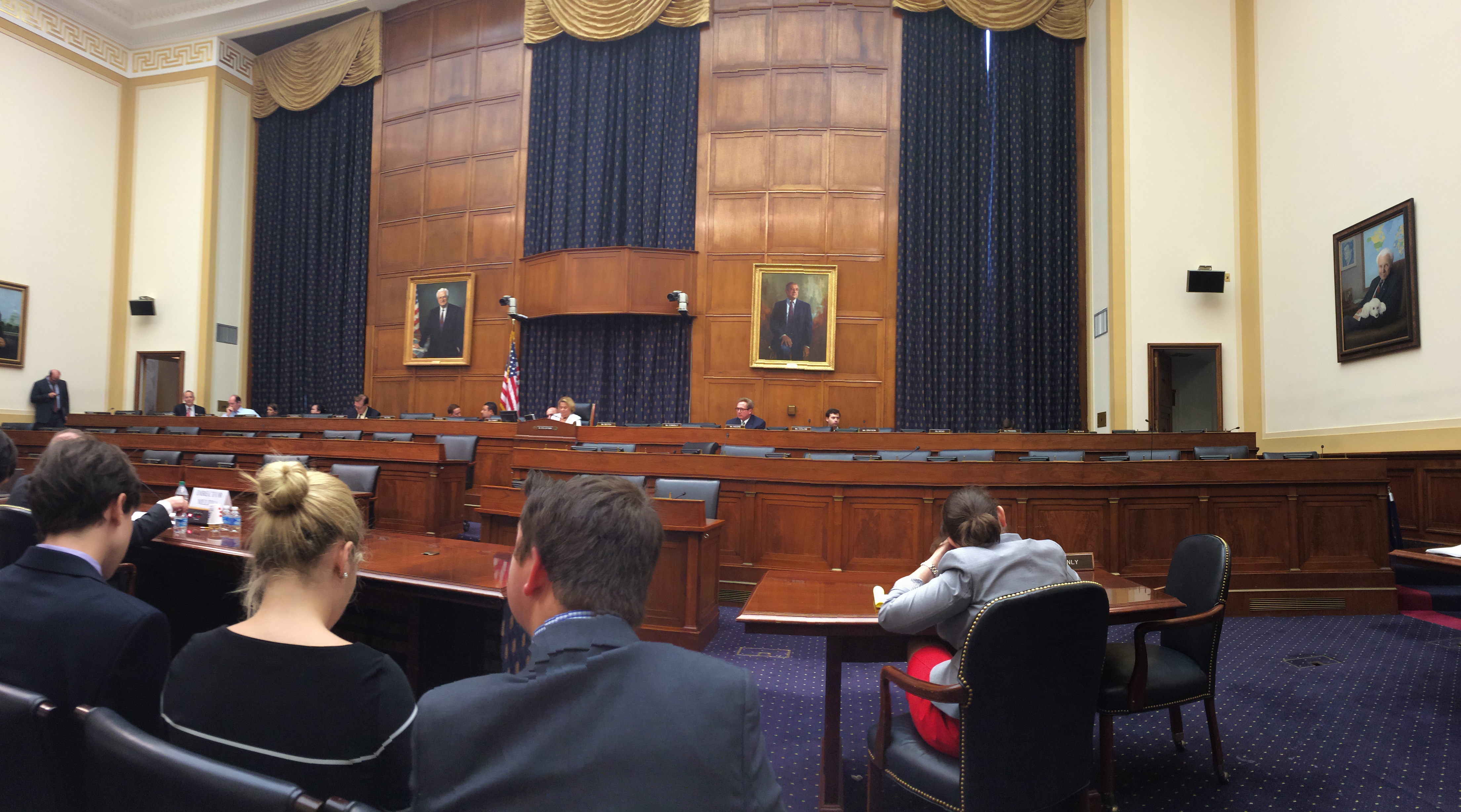 My name is Angie Liao. I am a rising junior at Gallatin studying Human Rights Law & Human Expression. This summer, I am looking to examine the relationship between the U.S. and North Korea, specifically alternative policy strategies to engage stronger human rights protections in North Korea. Last summer while doing research in Beijing, I noticed that an overwhelming portion of diplomatic discourse around North Korea focuses solely on the nuclear issue, allowing human rights concerns to consistently fall by the wayside. I hope to interrogate that norm this summer and in following semesters.

My research begins at the Committee for Human Rights in North Korea, an NGO in Washington, D.C., which is home for five weeks. I have been doing many, many events with HRNK since arriving in D.C. on June 1st. I am also completing some research and administrative work for the organization in conjunction with pursuing my own research, with the help of HRNK resources and the many other information sources in D.C. such as the Library of Congress.

I’ve had a chance to meet some incredible people while in D.C. Joseph Kim, who defected from North Korea as a teenager before attending high school and now college in the U.S., came and spoke at our Korea Club dinner, hosted in conjunction with D.C.’s Korea Economic Institute. Joseph was such an engaging speaker and friendly person, and everyone really enjoyed hearing him talk about his experiences. I highly recommend his new book Under the Same Sky: From Starvation in North Korea to Salvation in America.

One of the absolute best things I’ve gotten to do so far in D.C. was actually separate from HRNK. Two weeks ago, I was invited to the Women’s Foreign Policy Group’s 20th Anniversary Celebration event, an all-day conference featuring exclusively female speakers, with panels on topics ranging from crises in the Middle East to foreign policy in the social media age. While at the conference, I met so many incredibly engaging, intelligent, and inspirational women, including Indira Lakshmanan, whose articles on normalization of U.S.-Cuba relations I have been citing extensively in my research on U.S.-North Korea and U.S.-China relations.

Amid all this work, there has been a little play! The HRNK office has been hugely welcoming and warm to me. I’ve had some small chances to explore D.C. on my off time, and I’m also now in charge of the HRNK Instagram! If you have an Instagram I highly (and without bias…) recommend following us for updates on D.C. foreign policy events and HRNK goings-on.

Lastly, I’m very excited to announce that a new item has been added to my itinerary this summer. For two weeks in August I’ll be pit-stopping in Seoul to continue this research with the help of new contacts made at the WFPG conference, as well as taking a chance to explore the city and surrounding areas. I may even rendezvous with HRNK’s director whose Seoul trip overlaps with mine. I’m really excited to make this trip a reality and be able to take my research into the field in a sense.

I hope to do some vlogs from Seoul so look out for that towards the end of the summer.